I got a text yesterday evening from Cara at work to say someone has just dropped off a CD and picture cards for you Bruce with the instructions that no one except myself is to get it.  I wondered who and what it was so nipped up to Whitekirk, and check out this;

Scottish Band BOARDS OF CANADA`S new album TOMORROW`S HARVEST  which is not released until 10th June, how cool is that! 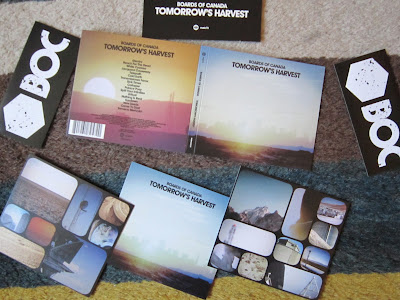 Marcus or Mike must have been down the coast from Edinburgh today, Thanks so much guys!, and i would like to return the kindness by taking you guys a cycle on the coast anytime your free -:)

I found out the next day they had been down wakeboarding at FOX Lake by my friend,

I grew up listening to my big brothers rock music,
but it was his LPs by Tangerine Dream and Kraftwerk that i really liked and would play them over and over.
My big sister listened to among other stuff Gary Numan, Cocteau Twins. THE THE,  and John Peel sessions, all that along with stuff at the time like The Cure and The Psychedelic Furs,
Also the soundtracks to those early 1980 films like Escape from New York, The Warriors where keyboards were used i loved, and still love today,

Boards of Canada is music that i describe as where i can lose myself and find myself... 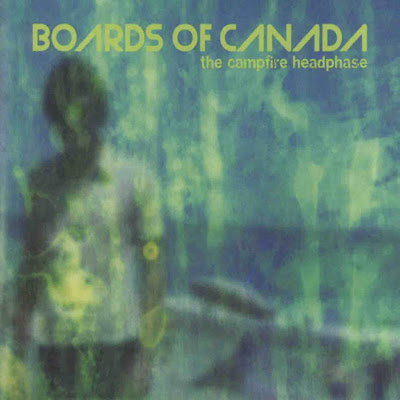 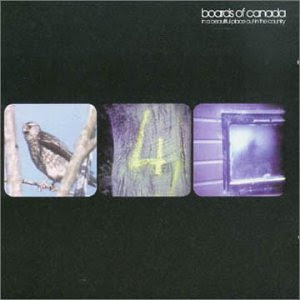 The music is very distinctive with  unique and often offbeat tones that i have found great to cycle to, and inspired by, to make films...
Great music for our coast here in East Lothian where the music matches the movement of waves on the coast and also our big skies we get here in Scotland...


Here is an interview of Mike and Marcus on Pitchfork

A classic  and favourite song of mine is `Dayvan Cowboy`, here is the official video on youtube... it features film from Progect Excelsior


If you have ever cycled across the 4 miles of hard white sand  of  Scarista Beach on Harris under a clear blue sky listening to this on your i pod then you will know what i mean when i say `being out there...`
Or here to film of flying around our amazing coast of East Lothian, Dayvan Cowboy is a perfect and quite moving track...


`Buckie High` is another favourite track of mine,  great rythmic tones to cycle to on the coast...

There are some brilliant fan made films to their music. like this;


The new album  TOMORROW`S HARVEST is their 4th album and the 8 year wait has been worth it as it is brilliant, it has already got my over active mind buzzing with ideas for films to make to the music and it has some top tracks... 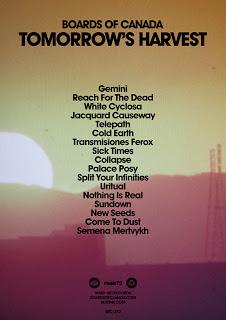 Recent interview in The Gaurdian

`REACH FOR THE DEAD`


And from fans added;