Heavy Snow in the USA 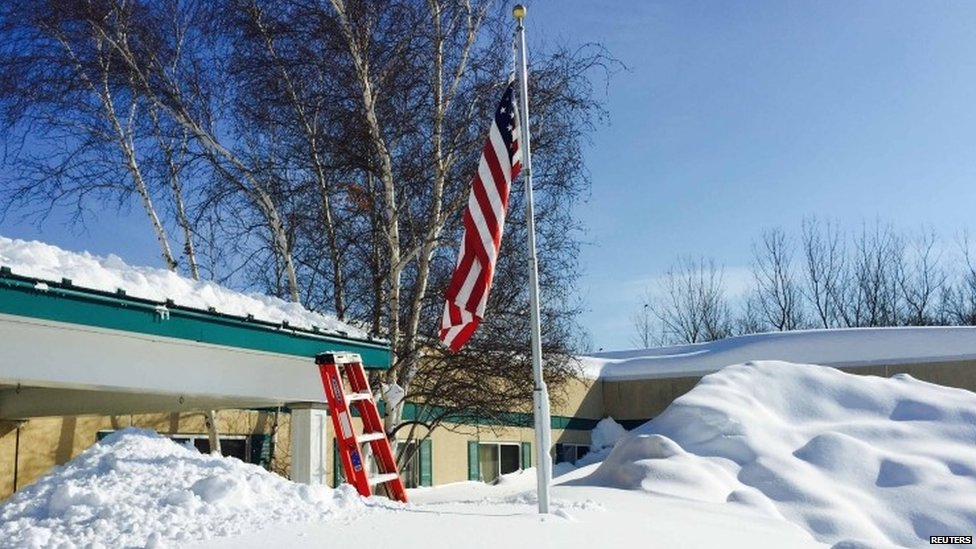 BBC News website and some blogs i read are showing reports of heavy snow fall in the North east USA. and pictures of distruption for the people living there...

Back home;
Here in the UK we have had the warmest and driest Autumn  with a frost free October, then maybe the wettest week in November for a long time and now here away from the sandy loam soil of the coast the clay based heavy soil of the woods and fields are now saturated as the last few blog posts have shown...

Will we get snow?;
There was a hand full of Fatbike owners 4 years ago here in the UK when we experienced the coldest winter on record in  2010/2011. and fewer still the previous year when we also got a lot of snow.
While  a lot of ploughed roads around the countryside were ridable on regular mountain bikes, esp with ice Spike tyres fitted, owning a Fatbike really opened up where you could go and easliy maintain forward motion through deep snow. I blogged many days riding to work in sub zero temperatures.
You can read back through these days of amazing skies and freak weather starting here with a snow ride in January 2013;   Snow ride blog posts

There are a lot of Fatbike owners now here in the UK with there fingers crossed  for a bit of snow to go cycle in...will never forget commuting in on days like this...

That was minus 10C, then a few days later it dropped to -22C!
It was Baltic!,
Water bottles froze on the bike, and not ice mush- they froze totally solid!.
I spent the weekend riding in our local Lammermuir Hills. I will always remember the face of the snow plough driver i met at the top of Crystal Rigg hill when he saw my Pugsley Fatbike and i said i had ridden up there on snow ploughed roads from East Fortune!
It was -22C outside temperature on his Lorry's thermometer!,  :)

And the local Garleton Hills....

And riding regular country roads that were ploughed hard snow pack from no road salt left-car free except farmers tractors and the odd 4x4... this day was amazing!