Sunshine was forcast from mid morning so good to get out around some local trails and tracks again. 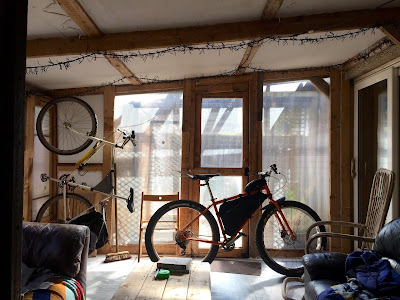 Surly Pugsley 2.0 with 29+ wheels;
So whats the new version of the Pugsley like to ride?, and what`s it like compared to the original models?, well not having the stock 26 Fat wheels with 26 x 4.6 tyres i don`t know!.
But i can tell you what it rides like in `KramPug` mode with 29"  x 50mm wide rims and 3" tyres aka 29+.  The bike is really comfortable with less weight on your wrists with the higher head tube and what feels like a BB positioned further forward.  I am 5ft 11" in height so can fit a size medium or large frame and i now prefer the large size.
The 29+ wheels are dam near the same height as the stock size wheels with 4.6" tyres so unlike the old models where you raise the BB height a full inch which in some riding situations is better but handling is different the handling  on a KramPug 2.0 is the same, though it will obviously ride quicker with the lighter wheels.
The steering is slacker and so the front end feels safe when cornering fast on wind dust trails,  but it is not a hooligan bike to ride out the saddle ( like the Surly Wednesday is with 29+ wheels) though it can of course if you wish,  The bike rides and feels comfortable and predictable and i imagine will carry weight well when loaded up like the old Pugsley.
As with most Surly frame sets it will last you a long time and can be built up with lots of wheel, hub, bar choices that it will suit. So with the geometery tweaks it is definitely an improvement on the previous Pugsley,

12 years is a long time for the Pugsley to have remained in production with only a few tweaks and improvements, actually it had never changed since the first complete white bikes, the later bikes all went to a symetrical fork and front wheel so no more reverable wheels unless you bought an offset fork and  relaced the front wheel off set to fit.
Now the Fatbike market has settled down and many mainstream manufacturers have dropped Fatbike models from their range and moved on to the next marketing thing,  bikes like the Pugsley will continue to sell (in small numbers) to those who have no wish to follow the latest trends and ride the latest must have off road bicycle.
The new Pugsley 2.0 still has the same great features like 100mm threaded Bottom bracket, you can fit any 135mm rear hub allowing any hub/gear set up, including a Rolhoff IGH, or fit a now standard on many Mountainbikes a 142mm rear hub with the supplied 12mm through axle.
Nice cheap to buy 1" 1/8th headset, 27.2mm seat post, and back are the reversible wheels again!, and a zillion rack and bottle mounts.

Thing is you can go into any regular bike shop anywhere, and get a part to replace/repair a Pugsley
That may be anywhere in the world, or here in the UK at a small village shop selling family bikes. 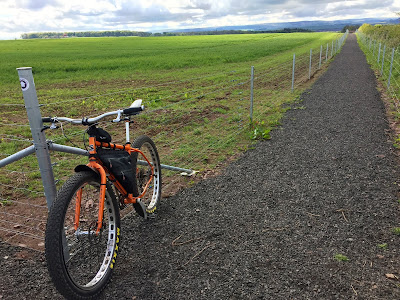 Me, i`m quite happy cycling on my doorstep and today rode a short loop out around the lake again and home on tracks and trails, not in much of a mood to film so just did a chest cam film along the lake side,
Song is `You Have Been Disconected` by The Brian Jonestown Massacre

Some lovely big trees here, like this Copper Beech... 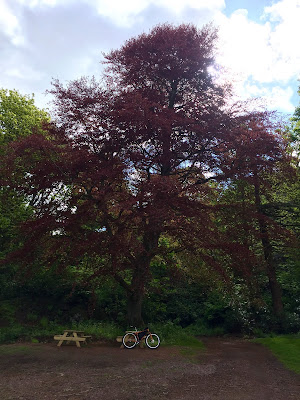 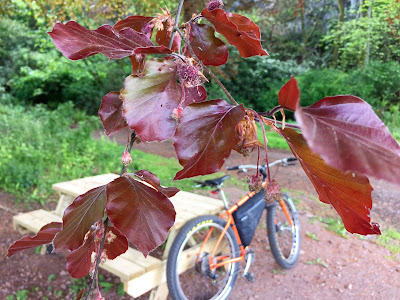 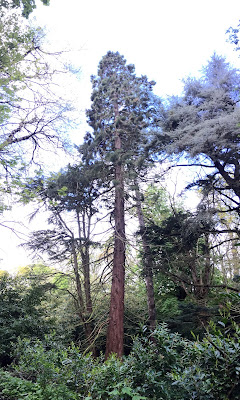 Out into the sun and east of the John Muir Way to Becky`s Strip byway and more tracks and paths home... 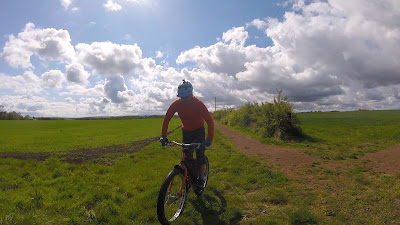 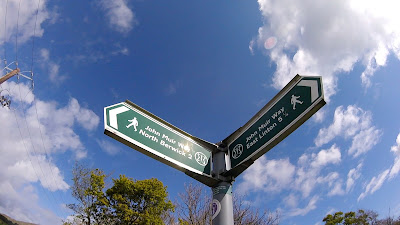 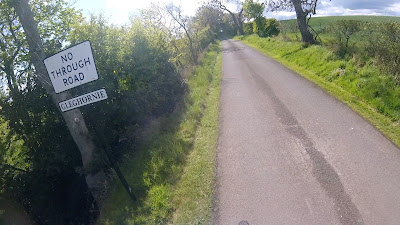 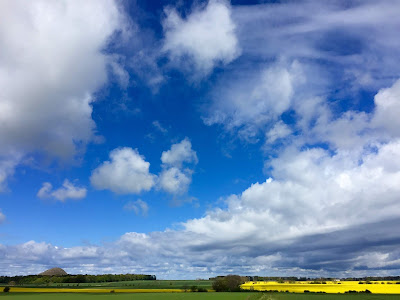 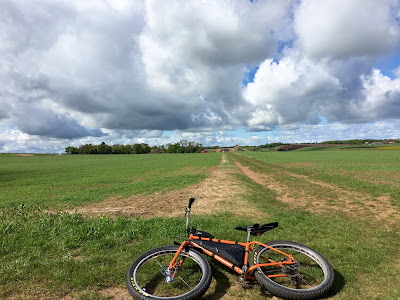 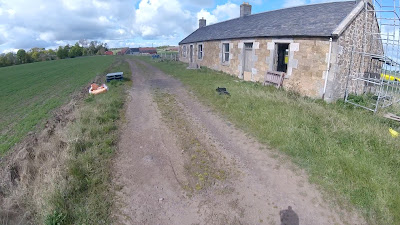 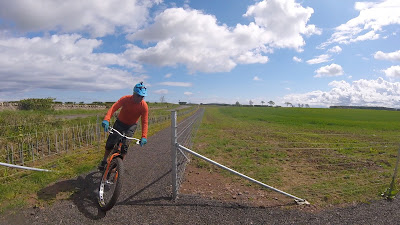 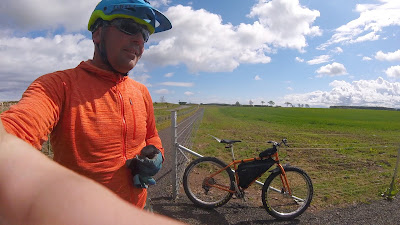 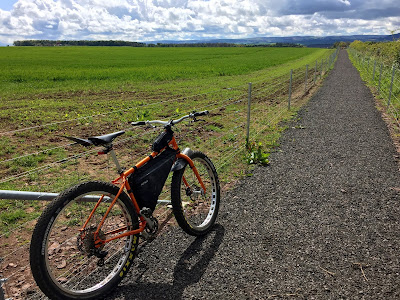 And another film out in the sunshine,
Song is `Funeral Pyre` by Mogwai

Ridng 29+ tyres has made me realise i don`t really have any wish to ride my 41mm tyre Dawes Ultra Galaxy tourer/gravel bike,  i prefer 29+ as fast enough rolling and stronger tyres.

Jeff Jones is a bike builder and innovator who openly says on his films of his Plus bikes why have a road bike and skinny wheels if you don`t race?, i couldn't agree more, and esp for city commuting cobbled streets and tram lines or rough country roads big wheels and 2.5" - 3" tyres on wide rims make so much sense...
I have 3 pairs of 29+ wheels with Maxxis Chronicle tyres for 3 different bikes set up with different drive chains (10 speed mech, Alfine 8spd IGH, Singlespeed), and another 27.5+ wheel set also with 3" Chronicles, all bought used over the years as the crowds have moved on to other bikes,

The Chronicle tyre is perfect for stuff like this, 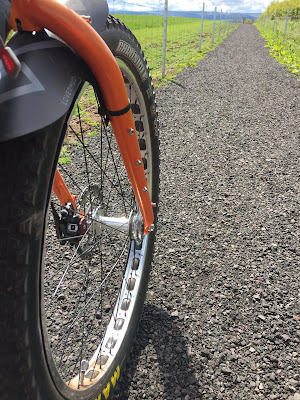 Yep it`s a nice bike to ride in 29+ mode, My main go to KramPug , the other old green KramPug with Alfine IGH being an ideal utility bike for hauling logs etc.
lots more fun to come... 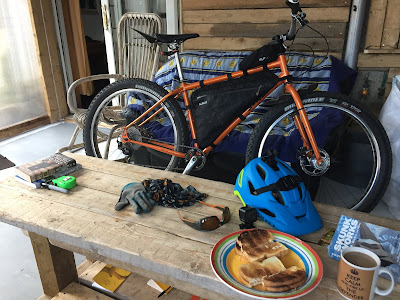