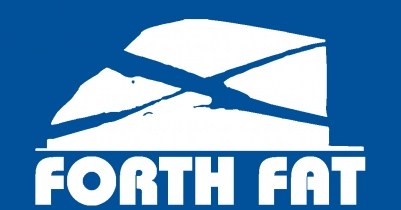 Were rolling again in April this year for the second FORTH FAT  Fatbike Gathering here in North Berwick!

Last years inaugural FORTH FAT was Scotland's first publicly advertised UK Fatbike Gathering and the Saturday would see 42 Fatbikes and their owners had turned up by the time we cycled out to the Submarine wrecks at Aberlady Bay and the sunny shone and big fluffy clouds drifted by as we enjoyed a superb days cycling on the coast.
42 fatbikes!-the largest group of fatbikes to date in Europe!...

This year we are rolling with the same format for the weekend for what is going to be a yearly Gathering,
A lot of people around North Berwick were very welcoming to everyone who made it in April 2013 to the first Gathering here-fatbikes are already a common site around here!, and local businesses were happy for a big groups custom at this time of year in early Spring...

Friday late afternoon and into the evening will be the usual Friday evening like previous Fatbike Gatherings of meeting new arrivals, talking fatbikes, tyre pinching and meeting friends new and old who can make it...
Usually anyone staying in the local B&Bs and some local riders come round to the Gathering campsite too.

Saturday 4th April;
We will ride from the campsite at 10am on the dot. And ride down to the Celtic cross at the Victorian Bathing pond... 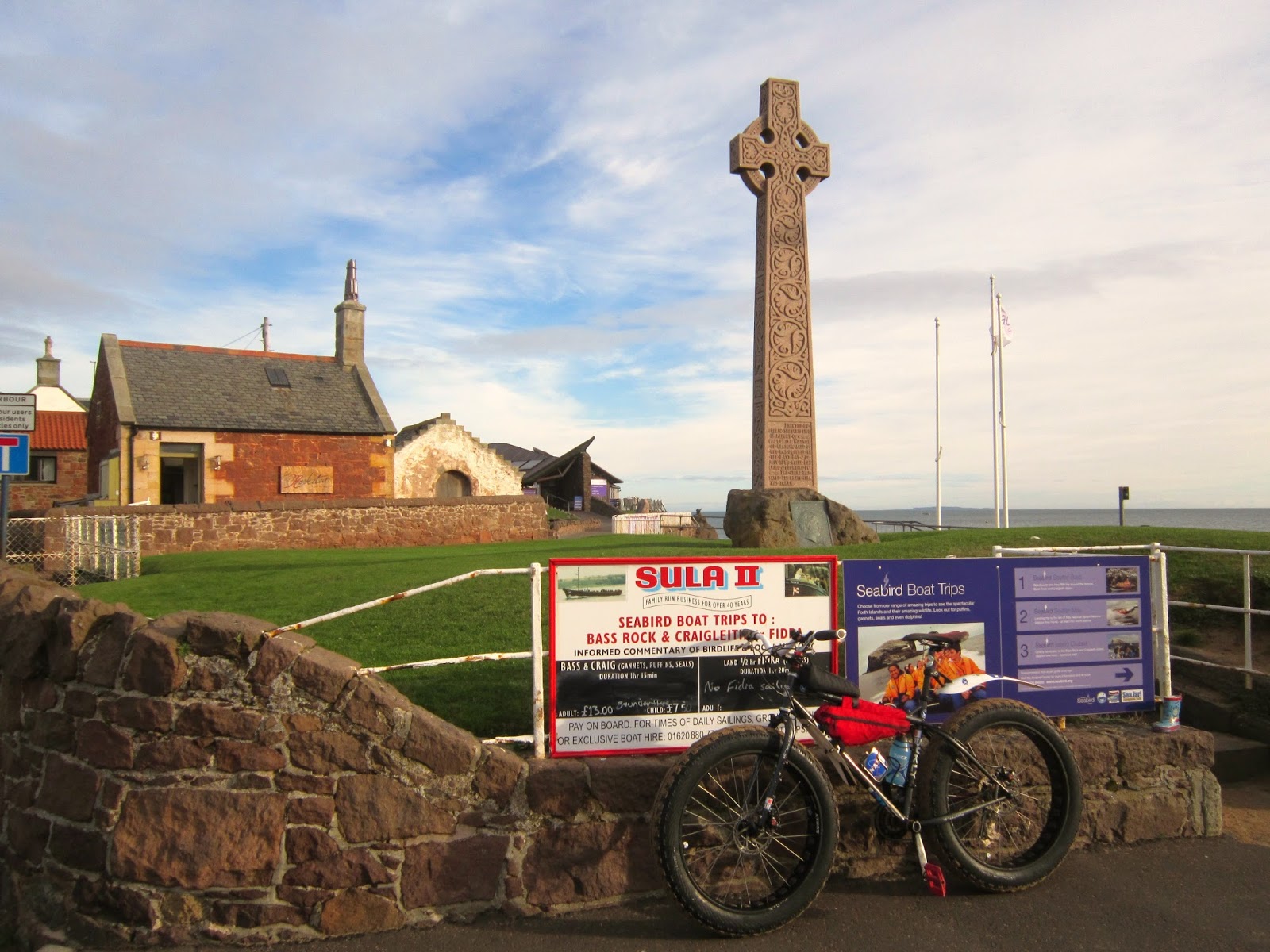 Everyone else riding on the Saturday can meet us at the Celtic Cross if they have no ridden up to the campsite before 10am.

Saturday Car Parking;
Being early spring time car parking should be available along the East Road/Marine Parade at the Celtic cross. The Rugby Club public car park has been reduced in size since the new all weather pitch has been constructed but parking is still available there. Parking is free too at the Rugby club along with on the Marine Parade and east of the Celtic cross!.

10.30am we head off!. We will ride via the West beach at North Berwick then on the sandy loam trails of the John Muir Way as last year to Yellowcraig and then on to Gullane-the plan is to get everyone along Gullane and up Gullane Hill from where everyone will be together, some riders will join the group along the way and hopefully we can do a shuttle to Gullane for those that want to save their legs a bit.
From Gullane Hill we descend along to the cliffs then across the Reserve and out to the WW2 sub wrecks at Aberlady Bay. We then will ride the 7 or 8 miles east along the coast back to North Berwick.
Again there will be options along the route to ride the easy flat sand or tackle some of the rocky sections exposed by the low tide.
Once we roll into North Berwick we will go for Fish and chips at North Berwick Fry. We can sit inside-may have to in April!, there is suitable space outside for the bikes to be parked. Some of us will always be outside but still bring a lock!... Saturday evening;
For those that want a beer or two or just socialise we will return to the campsite/B&Bs etc to lock up and secure the bikes, then head down to meet at the `Ship Inn` for 7pm. We will then head along to the `The Auld Hoose` where my friends band is playing-yep a live band for you folks!.

Bike Security;
Due to the publicity of last years FORTH FAT,  Bike security is a priority for Saturday evening, so we will return to campsite/B&B s etc to lock them up secure.

We will ride to Seacliff harbour, then ride east along the coast to Peffersands where you can have a go surfing down the dunes-or spectate!, then we will ride on and ride the single track above the coast including the `Secret Trail`, before returning through to Whitekirk Golf and Country Club for lunch-Sunday afternoons is the Carvery. The plan is to  wrap things up around 3pm for everyone who has a long journey home.


Stickers!
Hopefully we will have stickers to hand out to everyone who makes the weekend or one of the two days riding. Maybe some goodies to hand out too!

North Berwick Town;
Everyone be aware of and please adhere to the one way traffic system around North Berwick Town please!.
If approaching the Celtic Cross on Saturday morning from the east  of the town (Marine Parade) drop onto the east beach. pavements are narrow in the town-except out side the Ship Inn/Fish and chip shop so be aware of not blocking pedestrians-esp the elderly!.  Thanks!.

East Coast Weather in April;
April can be one of the coldest months of the year on the Scottish east coast because of the dampness, esp if we get onshore easterlies from the North Shore.
Pack some 100% waterproof jacket, trousers and gloves. bring all your riding gear!,
Prepare for the worst weather, and anything better will be a bonus!,

See you there whether you ride one of , or both days of the weekend. Look forward to new faces who are turning up along with old friends!...

Here is a film from last year..

Labels: FORTH FAT, Forth Fatbike Gathering