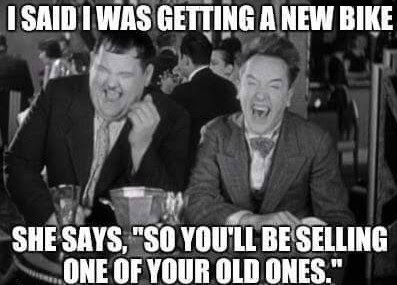 So been a change in my bikes as we go into 2016,  My two 29er bikes have become 29+ bikes and offroad drop bars are now changed to Jones Loop bars,  Sadly no more 5" Moonlander,  the Moonlander and spare green Pugsley were sold back in September to fund the newly released Surly Wednesday- idea being i can then have a 5" tyre bike on 80mm rims but still have a regular 100mm BB rather than the big 120mm BB and the `John Wayne`  leg effect!,
Sadly that plan went out the window when i had to fund the repairs needed for the annual car M.O.T ,
I had a rethink and came to the realisation that the Surly Pugsley is still all i need for riding here in East Lothian,
As i have already blogged the Surly Pugsley is still a popular choice of Fatbike and still `Fit For Purpose`...
My original bikes forks needed some cracks repaired so i decided to get a new pair last month, and then a week later a new frame!. It makes sense when i have nearly two of everything to build up two Pugsleys, one old-the original Pug that`s into it`s 8th year of use, and this new one which will be my go-to Pugsley; 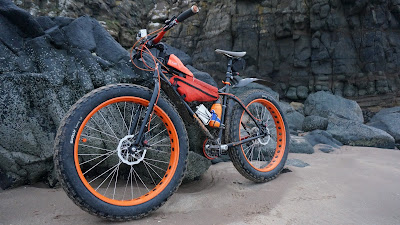 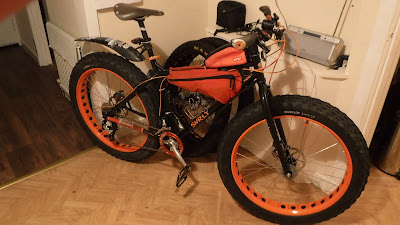 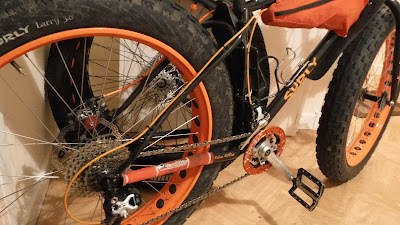 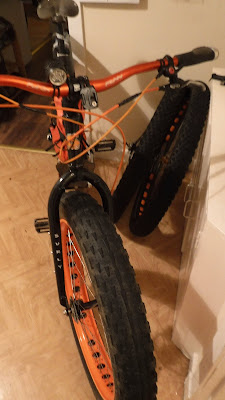 Even though i now have two specific 29+ bikes i will still be using the original `KramPug`  offset 29+ wheels on the pugsley, mostly as it makes the Pugsley my go to winter bike for all off road riding- i want to keep the new frames off the winter road salt while they are still as new. Pugs is built and proofed for salt water conditions so not worried about riding it year round...
Also the KramPug allows for a 29+ bike for mud plugging through my local woods with it`s huge tyre-frame clearance... 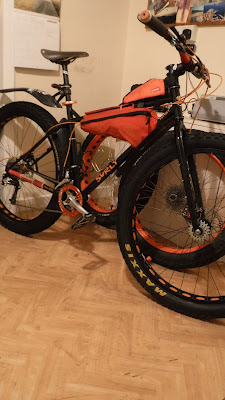 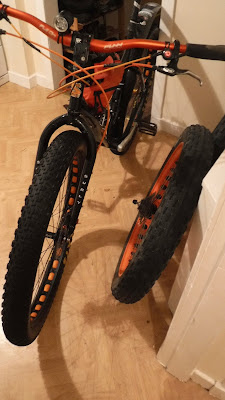 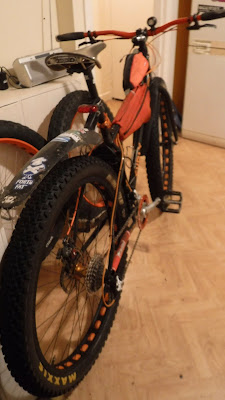 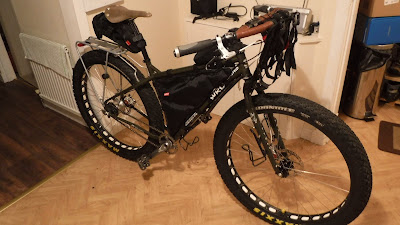 My two previous 29er bikes have evolved into two 29+ bikes with frame swaps, another pair of Surly 29x50mm Rims and 3" tyres, and What was previously a Salsa Fargo, then Surly Karate Monkey Drop bar 29er bike became a drop bar 29+ ECR,  I rode it like this at the Inaugural Edinburgh Capital Trail Bike Packing event,
Then i swapped out the 3x9 gears, drop bars with their vulnerable easily broken STI shifters and fitted Jones Loop bars and an Alfine 8 speed internal hub gear.
The frame bag i got made by Alpkit is a great fit, not as big as a Fatbike bag as narrower but it is well made... 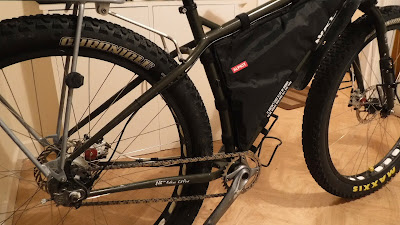 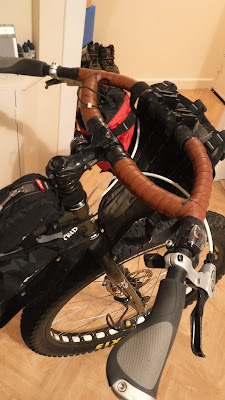 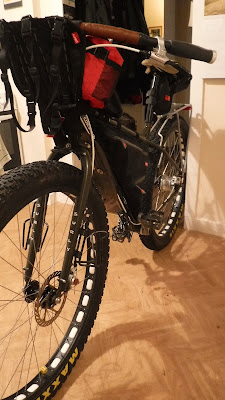 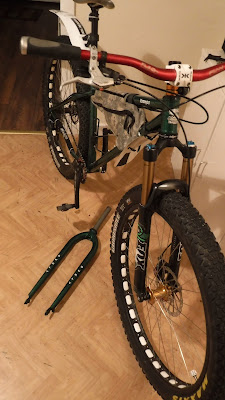 The newly built Krampus is a kind of `Treat bike` i decided to build after i had been given a pair of Surly Rabbit Hole rims from good friend Gary B, i had a few other parts and i fancied a 29+ bike i can set up with a front fork when i wish. .. 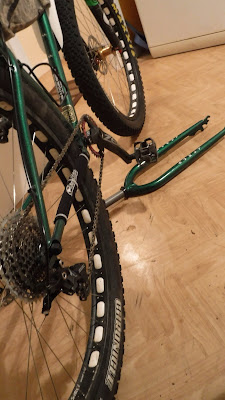 With simple 1x10 gears it`s basically a trail play bike to take out once in a while and have some fun.  It is a bit too overlap between the KramPug and ECR but it is a real hoot to ride!...
whether it stays in the collection or not long term i will have some fun on this bike for sure!... 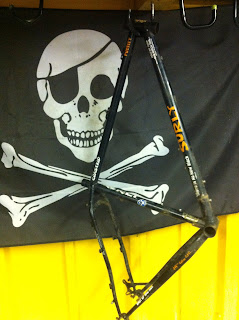 Currently dismantled this now for fork repairs and a few parts needed to rebuild it, I plan to fit another Shimano Alfine 8 speed internal hub gear to the bike before next winter. That will probably be when i get the frame re powder coated, main this is to get it rolling for Forth Fat as i have offered it to someone to ride for the weekend... 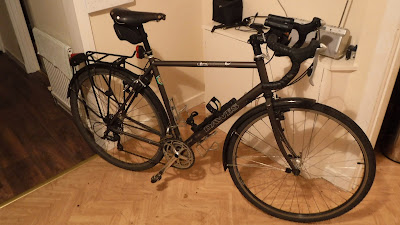 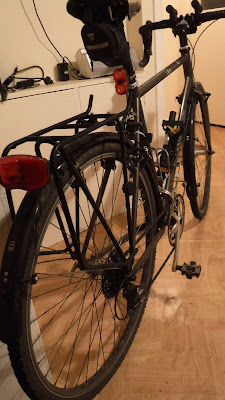 In daily use as a commuter, odd shopping trip i love this bicycle to ride, a lovely built bike that gives a real comfy ride on our country roads be it unloaded or loaded with shopping or some fire wood!... 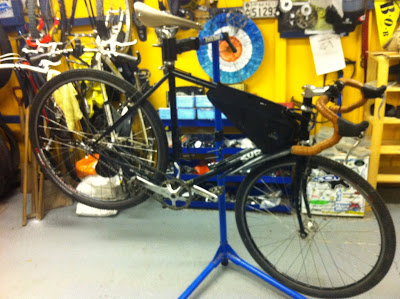 I want to get another Shimano Alfine 8 speed internal hub gear and get the CC rebuilt over the summer to use as a future winter drop bar road bike and get out on it more often to do some Roughstuff riding exploring old roads again... 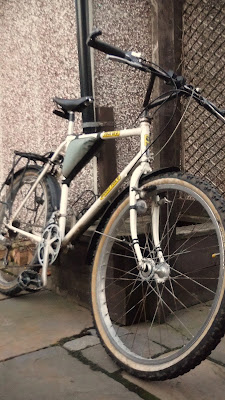