Last week was the 70th anniversary of a famous incident in Scotland,
Seventy years on it remains one of the most romantic island tales...
The people of Eriskay, in the Outer Hebrides awoke on 5 February 1941 to find a cargo ship the SS Politician aground off their island. 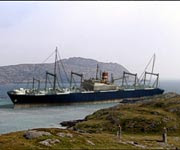 A wreck was not unusual but for islanders struggling to get by on wartime rations, the cargo was astonishing, it included 250,000 bottles of whisky!. 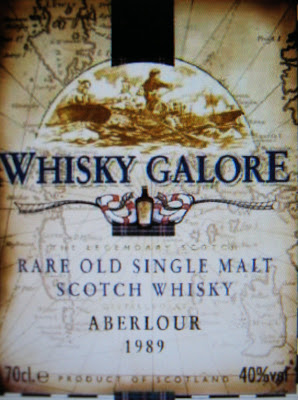 What happened next was immortalised in the 1949 Ealing Studios film Whisky Galore! 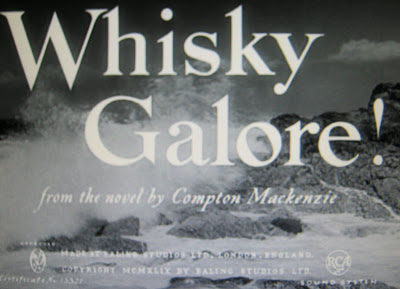 Under cover of darkness locals rowed out to the wreck and scrambled over the side using rope ladders.
In the following days and weeks they took hundreds of cases of whisky from the hold.
Here's a clip from the film...

But of course No duty had been paid on the spirits, so Customs and Excise Officers came after the islanders!
They hid the whisky all over the island as well as in there homes,it was hidden in milk churns, drain pipes, up chimneys, under pillows of the elderly and even in Baby's bottles. Some was found and some islanders eventually were charged and received 2 months jail sentence, they were probably more worried about missing out on the drink than the criminal record...
But locals weren't just helping themselves to the water of life, there was also Linen and There were bicycles too on it but couldn't use them because there was no roads on the island!. There was even a grand piano but none of the islanders had a house big enough to take it.
The whisky was available for years afterwards in extremely large amounts so was a case of getting as much as you could down your neck in as short a space as possible before it was discovered and confiscated, This Heavy drinking resulted in a lot of the crofting work being abandoned and People ended up as long-term alcoholics.
But not all the salvaged whisky was drunk. Years later, bottles are still turning up.
One of the Original surviving bottles sold at auction for £20,150 in 2002... 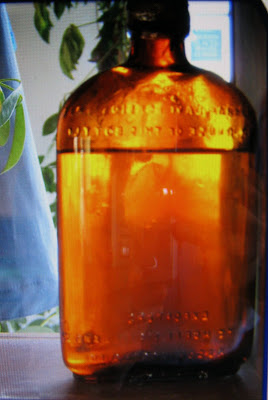 Be nice if such a ship ran aground around here...

Heres a poem of the disaster/miracle...one of the best poems i have ever read...

"Och, times are hard in Barra"
You'd hear the Badochs cry.
"No food to feed a sparra!
And effery bottle dry."

Old men, once fresh and frisky,
So full of ploy and play,
Dropped dead for want of whisky,
The blessed Uisque Bae.

Now, the dusty dry Sahara
Is a bare and barren land,
But the drought that year in Barra,
Was more than man could stand.

Aye, life was hard and cruel
And days were long and sad,
When the strongest drink was gruel,
And the war was going bad.

A cleffer man, old Hector
And wise the words he said:
"Without the barley's nectar,
A man is better dead."

But strange the ways of Heaven,
When men in darkness grope.
Each sorrow has its leaven,
Each tragedy its hope.

The great ship "Politician"
Her hold stocked high with grog,
Steamed proudly past the island,
And foundered in the fog.

A case was rent asunder,
Twelve bottles came to grief,
When the Barra surf - like thunder -
Came pounding on the reef.

And then the scent of nectar,
Came on the wild wind's breath.
"I smell it" screamed old Hector
"It's whisky - sure as death".

He yelled out Kirsty, Kirsty,
Bring down my oilskin coat.
No more will we be thirsty,
Salvation's in that boat.

Though thirst her tongue had blistered,
Old Kirsty forced a laugh.
"I'm coming too" she whispered,
"It's me that needs a half."

Now, Chon MacNeill was dying,
The death that's far the worst.
No end so sad and trying,
As the fatal pangs of thirst.

For weeks he had been lying,
Without a sign of life,
And all the neighbours crying,
For his nearly widowed wife.

He sobbed "I am delivered"
"From the torture I am free".
As his nostrils flared and quivered,
In the glory from the sea.

He shook, chust like an aspen,
The man they thought was dead,
An' sighin' gulpin' gaspin'
He vaulted out of bed.

Barefooted, in his nightie,
He slipped from out their reach,
With steps both long and mighty,
He headed for the beach.

Now Sarah Chance MacKinnon,
A lady through and through,
Was chust a wee bit partial,
To a drop of Mountain Dew.

She brooded at the Ingle,
Her form all old and bent,
When her blood began to tingle,
At a well remembered scent.

Wan sniff and she was rising,
Two sniffs and straight outside,
Where odours appetising,
Were blowing from the tide.

She ran, but so did others,
Och hundreds, maybe more,
As uncles, cousins, brothers,
Stampeded for the shore.

The boats went gaily dashing,
Across the crested wave,
The long oars dipping, splashing,
To their Aladdin's Cave.

They climbed aboard the liner,
The halt, the lame, the old.
No Vikings e'er were finer,
No Pirates half so bold.

They peered with anxious faces,
Within the gaping hold,
And saw a thousand cases,
Of precious liquid gold.

"Ashame! Ashame!" cried Kirsty
It is an act of God,
Just think of Barra thirsty,
And all this going abroad.

Och the ceilidhs and the pleasure,
Oh the choy in Castlebay,
As the gurgling golden treasure,
Chased the cares of war away.

Och the bottles that were hidden,
Buried deep beneath the croft.
Oh! the cases in the midden,
Oh! the joy up in the loft.

Who would heed an air raid warning,
Who would hide himself in fright,
With a tumbler in the morning,
And a bumper late at night.

And Barra boys hard fighting,
On sea and ocean wide,
Deserved their wee bit parcel,
With glook, glook, glook inside.

Old Hector cried we're winning,
The fact is plain to me.
This night is the beginning
Of Victory at sea.

He swigged another chug full,
And happily he sighed:
"The Germans sure have had it,
Now Barra's fortified."

A Slainte - now for Churchill,
His name I proudly call.
But the Barra Politician
Is the greatest of them all. 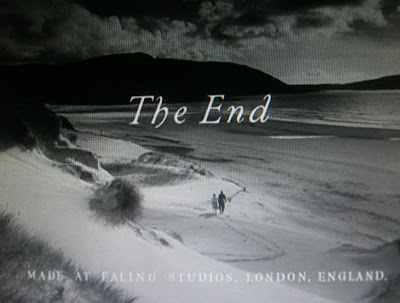