Another new bike coming from Surly

The guys at Surly have been busy again and released a far away pic of a new bike that is undergoing testing!

On twitter Surly said;
"They said it couldn't`t be done. Well wait and see what we have come up with" 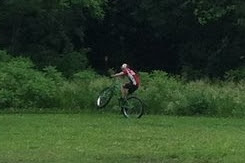 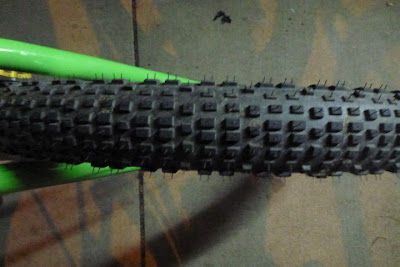 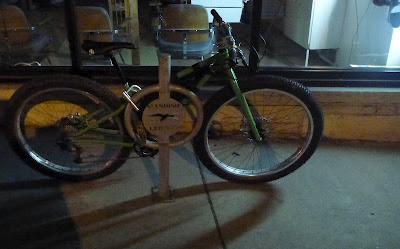 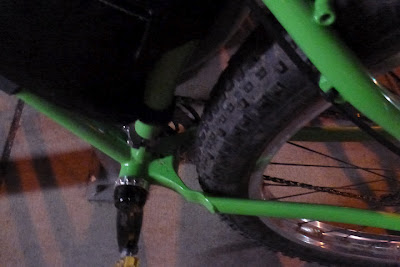 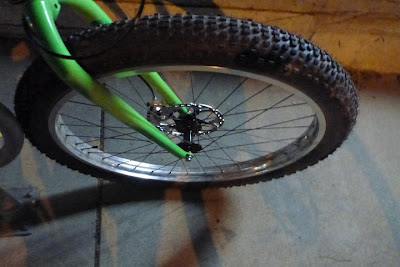 Over on MTBR just like before when Surly released the test pic of a bike called a  `Moonlander` us geeks got all excited, a similar pic released has caused a multi page thread on MTBR Forum on ideas and just as interestingly readers ideas of what they would like to see/own and ride. And everyone has a different idea on what they want out of a bike - which is what makes bikes so great, they are a personal part of your life.
The thread link to this bike is here;    Clues to Surlys newest Bike

One of the things i like about Surly is they listen to joe public and what they like to ride. maybe it is why they have a loyal following, also their bikes are so multi task with many rack mounts and drop outs that allow any rear hub set up - geared/singlespeed/internal gear hub etc...

And they are steel, good old 4130 Cro Mo steel, it does what it says on the box and does not cost the earth, so you can afford several bikes and still go to the pub -:)  steel is real you know -:)

If this is a 29er or 650B semi fat tyre bike then the real true `sports fat` bike for xc riding has arrived soon.
A lot of people including myself ride fatbikes on trails, some build light and expensive fatbikes solely for this purpose. On One are developing a fatbike aimed at a new `fat trail` market with a fork rake more akin to a regular MTB supposedly. Each to their own but it is the slower steering geometry of snow bikes which allow you to get away with murder on regular trails in wet/slippy conditions as well as rolling over drops etc...

My own 29er is what i regard as a `Sports fat` - a half way house between a fatbike and a regular MTB,
a Surly Karate Monkey 29er with 47mm wide Kris Holm Uni cycle rims and 2.55" WTB  tyres that can be run as low as 18 psi, yet has been near impossible to pinch flat with the wide rim set up.
But what lets it down is steering that needs to be a bit slower so the front is not as twitchy, esp on wet roots and rocks. a fork angle the same as the Pugsley would make this bike close, real close... Maybe i can cure that with an offset headset?

It is way better to ride than with the original regular 29er wheel set of 32mm rim/ 2.25 tyres.
But unlike a fatbike with 3.7" tyres you can bomb along the roads between trails with a lot less effort and climb hills out the saddle without the squirmy feeling of a full fat bike, but these are just my own findings riding here on the coast in our local conditions...

And that is the (tyre?) rub with bicycles now, we are spoiled now and all bikes are `niche`, designed for a specific type of cycling - gone are the days of doing everything on one bike...
If a bike company does not create a need for a bike, which is marketed by magazines, we do it ourselves via like minded people on the Internet, it`s great! -:)

3 non regular bikes by Surly, all are multi purpose in design,  but all `Mission Specific` for my own riding requirements here in East Lothian;

So do i really need another bike?, no, would i have another bike if i can justify it? hell yeah!
Along with a want for a Surly Disc trucker to use as a road/commute/pub bike.
If this new Surly is a fatter 29er with a regular 73mm BB and has wider xc light 3" tyre`s then it should roll well and have massive grip, and if it does have a slow er steering head angle ala Pugsley has then this could be a great fun bike to own for regular xc trails, damn i need another bike! -:)