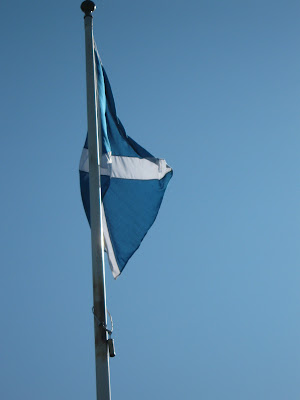 its saint andrews day today, scotlands patron saint..
and it should be a public holiday for scots..!,nevermind...
today is the main celebrations day of scotlands homecoming year,
theres a fireworks display in edinburgh tonight,
heres information on celebrations

yesterday at nearby athelstaneford was the return of the saltire to its birthplace, 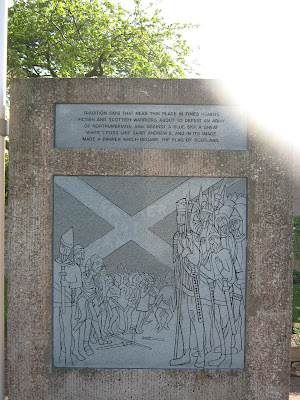 it was then taking by horseback over the garlton hills from the village... 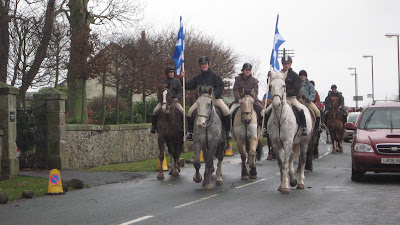 traditional dress would have looked better but nevermind,the horses were turned out immaculate.. 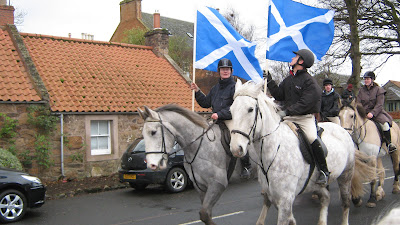 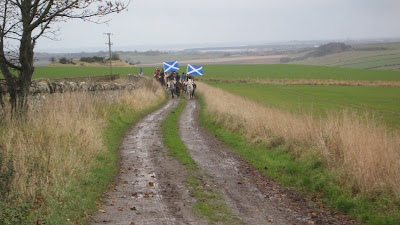 the ridgeroad was quite appropriate for part of the ceremony considering its importance in local history and battles that shaped scotland... 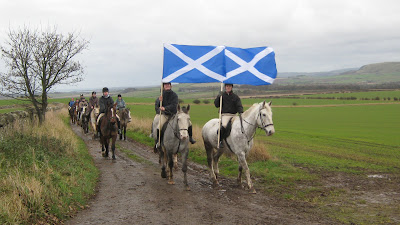 the saltire was then paraded by torchlight through haddington to the mercat cross where there was a street party including singing by scottish singer karen mathieson (no relation!) and scottish band capercallie,however the weather was terrible with gales and rain,cold rain too coming out the north to north east (scandinavia),it was freezing cycling in the rain,my friend trav and i cycled up onto the ridgeroad for photos of the procession,we were the only ones there!!!,there was probably 200 folk at the village,probably the weather put folk off going,we biked back to my house into wet and wind that cut to the bone,damp cold is the worse..,rosey cheeks were soon warmed up with cups of steaming hot tea..,good fun though..
Posted by coastkid at 19:23