im a bit of an anorak when it comes to maps of scotland,ive collected all 84 ordnance survey 1;50,000 scale landranger maps and alot of the 1;25,000 explorer maps 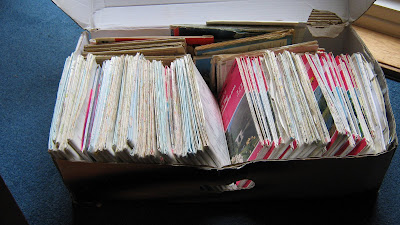 over the years ive also collected many maps from the 1950s to the present from imperial to metric.. 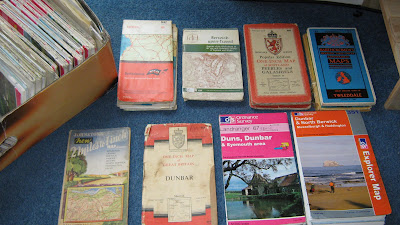 these maps are a great resource for finding old roads that were once tarred pre WW2 then abandoned after WW2 for more direct routes or wider routes,probably this was also done to reduce local authorities road maintenance costs,a dead give away of an old unmaintained road are these `no through road signs`.. 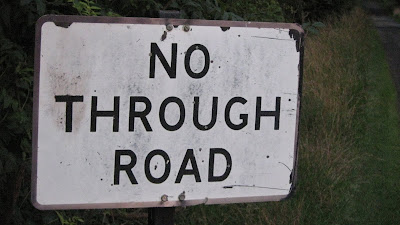 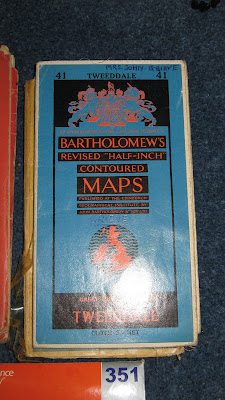 and for cross reference with present maps to confirm old roads the excellent johnston 2 miles to the inch series, 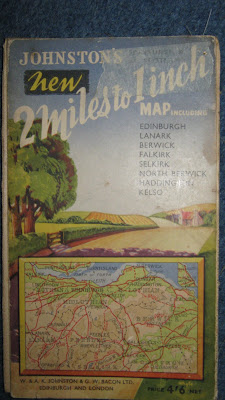 these are the best resource ive found as as stated on the maps "all roads on this map are statue highways of the king and his subjects",
statue highways are defined as `once a road always a road` for a road to be downgraded it has to have a stopping up order issued by the secretary of state for scotland,of course we now have the right to roam but i still find it all interesting,but essential if like me you occasionally ride motorcycles (or drive 4x4s) offroad,a hot potato subject im not going to go into here as you could write pages on the issue..,
here on the johnston map the pen tip points at a road over the local lammerlaw,an ancient route to the border country not marked as a road now on present maps... 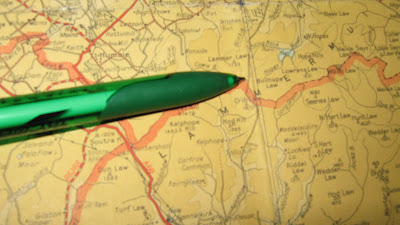 this is the old route i made a film
the route is signed as a right of way now,not as a byway as it should be but has plenty evidence with an old metal road sign down at the farm,
onto the good news, the national library of scotland has published all its maps of scotland online; to view
these are maps from the sixteenth century to the 1900`s and also Ariel maps after WW2,included are the first ordnance survey maps of 1847,the famous roys military survey of scotland,going to take a long time to look through this lot!
here also is the history of the ordnance survey which will explain what these things were made for and planted on hills and mountains all over the british isles... 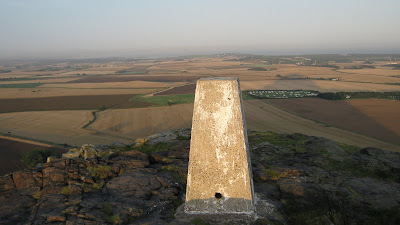