Midweek Cycle; Sunset on the coast 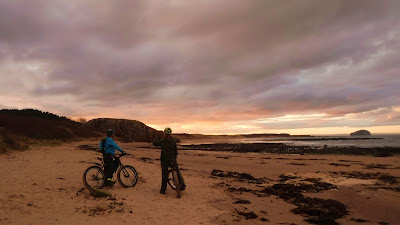 Friend Ali who owns my old Purple Pugsley got it touch as his friend wanted to try a Pugsley on the coast, So with both my Pugsley`s we headed down to Tyninghame after i got home from work.
Sunset is around 6pm now with the days slowly drawing out and we got a good hour and half cycling in. I took the Go Pro camera and did some filming as we cycled around Sandy Hirst Point and across the salt marsh and along to Mosshouse Point.
The evening was a bit overcast with the sun trying to peep out as it had been all day.
Then once we rode through the woods and onto the sand at Peffersands the light exploded red and orange, that magic last bit of light of the day!, reflecting on the wet sand and sea the colours were lovely.. 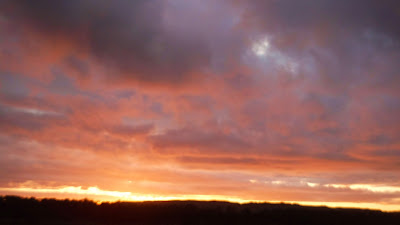 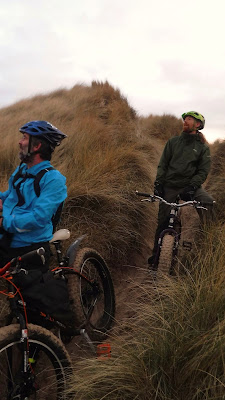 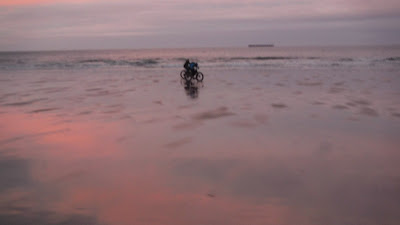 Another convert in the making, wanna see his grin!.. 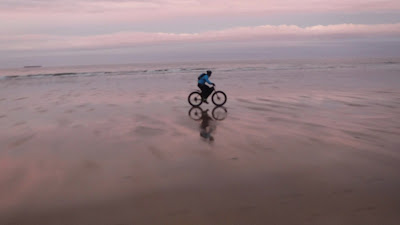 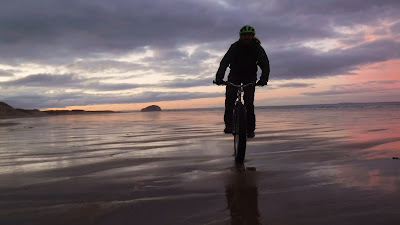 I should of filmed on this part of the coast with that light display but i had done some film and there is always another evening to capture the east coast light at sunset...
Previous to the light show here is some of the film i shot of the three Pugsleys on patrol.
Song is `Aquarius` (shortened) by Boards of Canada...