Every Autumn you get that sudden change when the temperature drops rapidly and it happened this weekend!, a real cold strong Northerly gale blew all Friday night into Saturday and it was real nippy when loading the bike on the car with no gloves on!.  Time to dig out the winter woollies!.

Friend Ken was up for the weekend from Yorkshire and i met him along with Donald and Brian. Everyone got ready quicker than normal as Baltic!. It would be the first ride of the coming winter where everyone was wearing jackets!.

Layering up;
At this time of year i like to layer with a Merino base layer, short sleeve cycling top and a wind breaker top. The blue top i was wearing is a Alpkit Arro which i always carry as packs up tiny, it`s not flappy in strong winds like the Montane tops i used to wear. Full lenght Keela Roadrunner trousers now all winter for myself,
Still wearing regular MTB gloves but if it turns wet then time to start wearing a warmer glove also...
In the frame bag, or back pack depending what bike i`m riding is packed an Alpkit Heiko  jacket and beanie, and my Gravitas Jacket and Parallax Trousers also made by Alpkit, along with spare gloves.

On days like this it cannot be much fun out on a road bike, or playing golf, but Fatbikes are always fun to ride whatever the weather and conditions, in fact the more severe the weather the more rewarding!,

From Gullane we rode out across Aberlady Bay having seen a Little Egret in the Peffer burn. The sun was out and despite the cold wind it was a stunning morning with that fantastic east coast light and a spray mist from the tumbling surf out where we we riding to in the Bay.
It was not the weather to hang about once we winched into a brutal head wind out across the sands to the WW2 Midget sub wrecks and with other people arriving on foot we left them to explore the wrecks and road east... 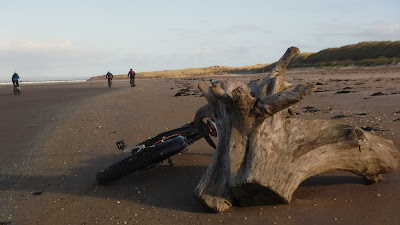 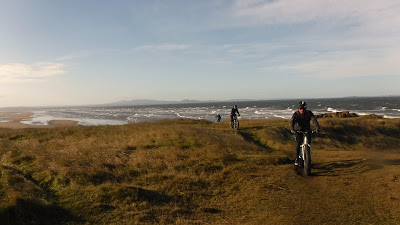 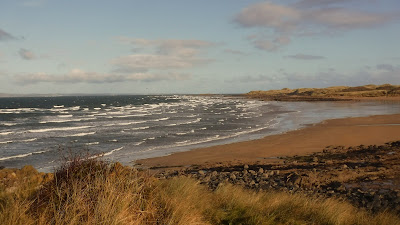 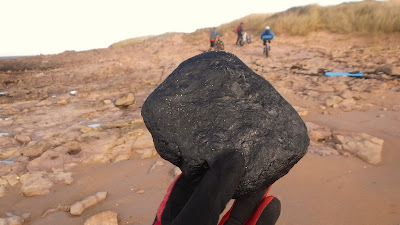 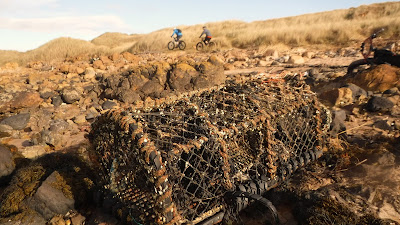 The fore casted northerly gale was more north easterly as we rode into it all the way to North Berwick!,
Kite surfers always make for great pics with the colours of there kites and reflections on the wet sand... 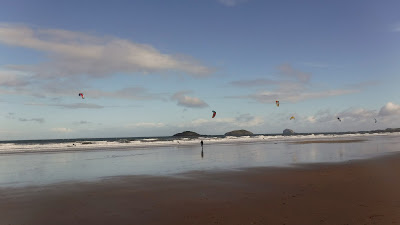 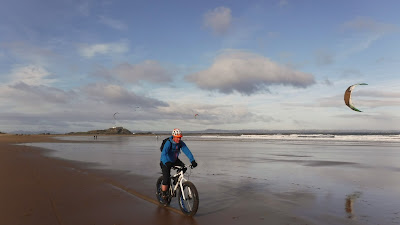 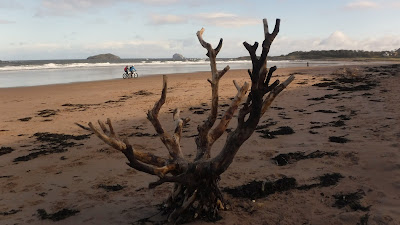 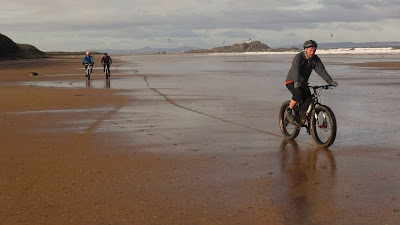 We rolled into NB and after a look around the harbour headed to see friend Craig working in his cafe and got some food and refreshments... 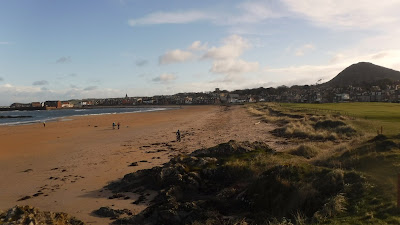 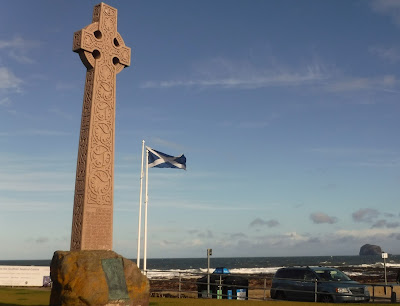 Here is some film i shot.  How many films can you make of the same bit of coast?, loads!, and nearly always there is someone turned up to film. This week Ken was happy to have a little film to remind him of his weekend visit to NB.
Song is `Would?` by Alice in Chains


Having already ridden to Gullane to meet us Ken went site seeing and Donald and Brian and myself returned to Gullane and yep! that wind had turned slightly and we had a side on/headwind  most of the way back!... 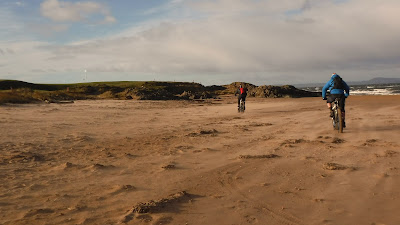 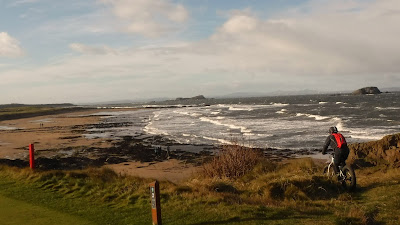 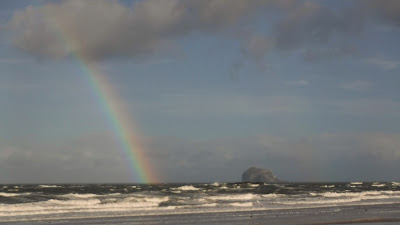 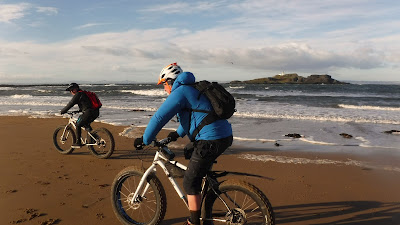 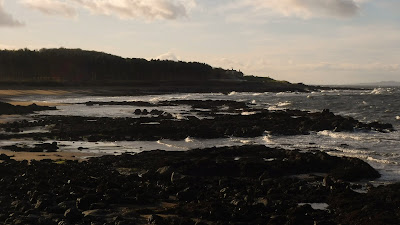 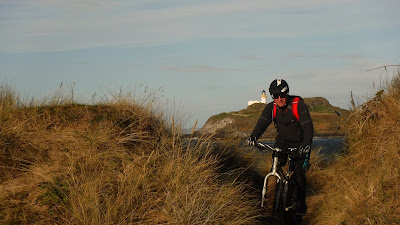 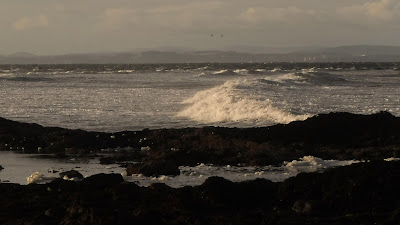 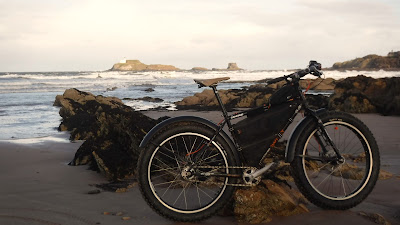 I seen this last week and hauled it up above the tide line today. Thinking it was from one of those wheel barrows folk had when we we kids i am correct as pointed out by a friend who saw the pic on Facebook last night (Thanks Darren!)/ It`s from a Ballbarrow, designed in 1974 by James Dyson (of vacuum cleaner fame) and it won the Building Design Innovation Award in 1977, so there you go how cool is that!,
I will need the Bob trailer to get it home but make a good garden ornament!,  More info on the ballbarrow Here... 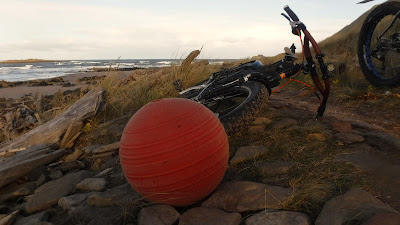 Nearing Gullane we were rewarded with stunning light on the sea as we neared the last hour of daylight-that magic hour... 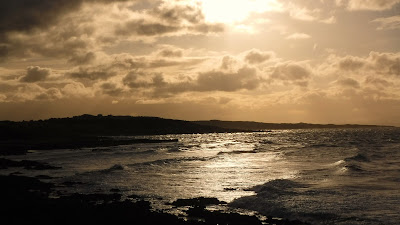 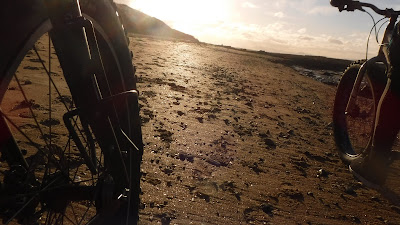 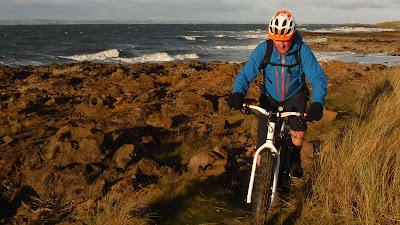 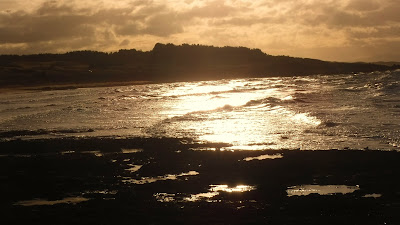 Last pic of the day from the ride... 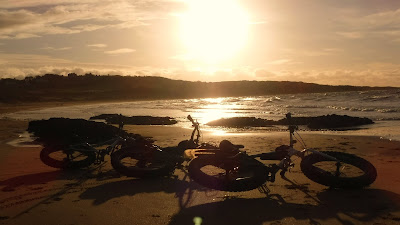 We headed up to Gullane hill  before the great little descent down to West Links road. And here it is, lense was covered with salt spray from the coast!, need to carry a wipe!,
Song is `Sundown` by Boards of Canada...

Home and a quick re lube of the bike chain as riding the old Pugsley again tomorrow and it was on with the stove. Stove season has arrived!...
Earned a Cider today!... 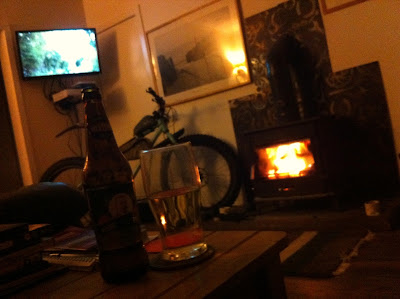 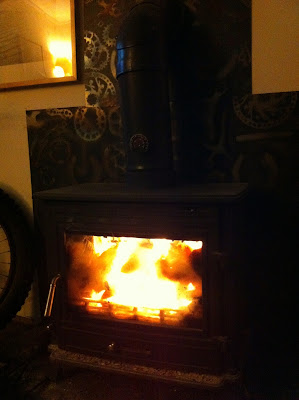