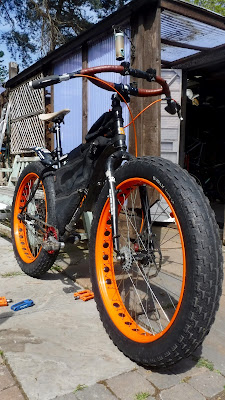 Last day of a great weeks holiday at home after the previous weekend`s FORTH FAT  Fatbike Gathering,


It`s been a week of riding dry trails and classic springtime east coast weather of a cool onshore breeze with warmer inland temperatures and cool enough evenings to warrant having the stove on...

Single speed European Championships - Inverness; May 26th - 28th
Friends Mike and Ben had both entered this event and i did not take much talking into also entering for a non competitive weekend of banter and booze,

Single speed bike needed for the weekend;
I already have a bike ideal for this event, the Genesis Prototype Caribou which i built up as a single speed, err except it`s going off to live with my big brother soon once a 1x10 drive chain arrives, so i would make up a single speed option for the do it all option Surly Pugsley

Single speeding a Pugsley;
With a spare fat wheel set  with 9 speed rear hub from the newer Pug which i recently sold as a 29+ `KramPug` these wheels would be ideal.
The On One Single speed conversion kit was added to the rear wheel and with the hub being a 9mm quick release (QR) i added the reducer washer to the Surly Tugnut  which was already on the Alfine rear hub and `bobs your uncle`,
Remove the Alfine shifter and cable (cut 5 cable ties) and add the BMX chain from the Genesis  SS kit as shorter for the 18t sprocket (Alfine chain is longer as a 23t hub sprocket)  and the the bike was single speeded in under a half hour, gearing 32t x 18t, 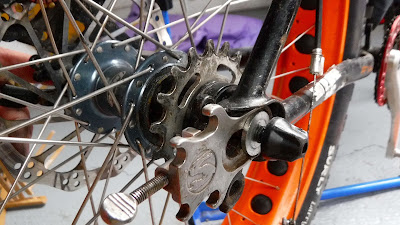 Never used a Pugsley before as a single speed with 4" Fat wheels, just with 29+ wheels so always fun to ride the bike with another set up.

This old sticker makes sense now... `NO BRITNEYS`  Spears rhymes with gears...  get it?  :D 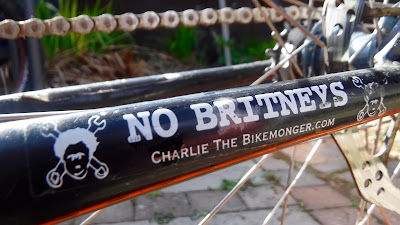 A quick ride around the street revealed the wider BMX chain rubbed the bash ring so i removed that and the bike was ready to go...

Ben got in touch as had a pass for Sunday so got the train down from Edinburgh to NB with his Surly Ice Cream Truck (ICT)  which he is riding SS with a 32t x 20t gear, on 5" tyres it kind of worked out the same as my 32t x 18t gear... 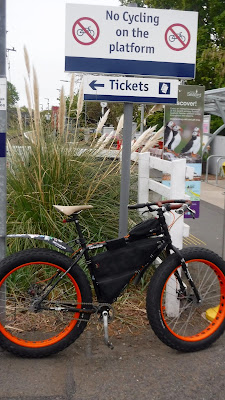 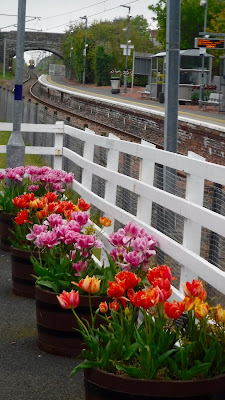 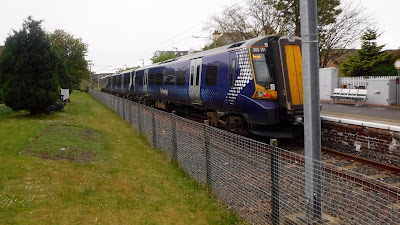 Ben was not alone off the train as also was Gerry and is brother Rorie who came to FORTH FAT,
Both rode the Saturday ride, but only Gerry made the Sunday ride, and they were back to ride the route.  Being single speed we said we would meet them at Tyninghame hopefully and Ben and i rode inland from NB and around the local estates... 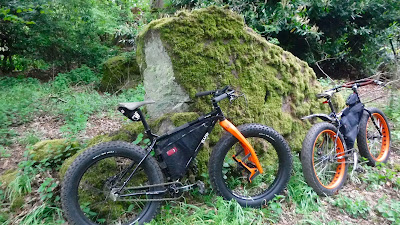 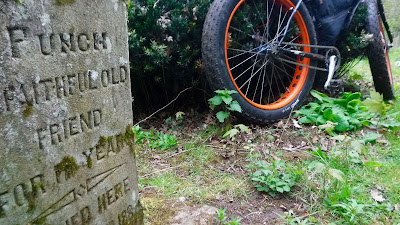 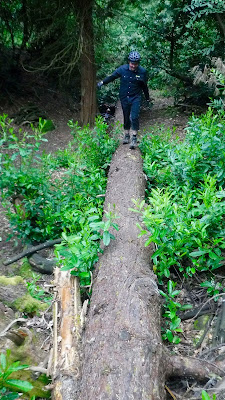 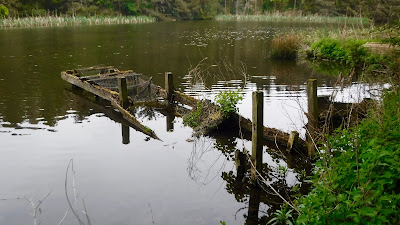 I made 3 short films today with the Go Pro, here is the first, along the Lake side trail in the nearby estate,
Song is `Cure For The Itch` by Linken Park... 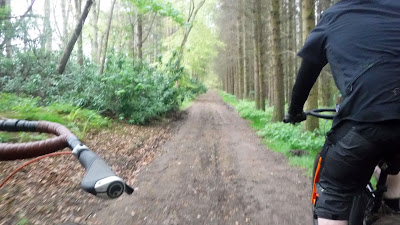 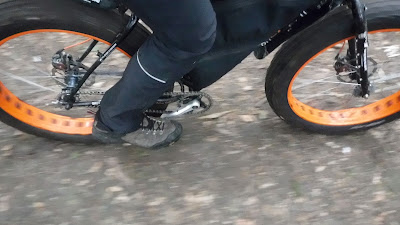 The ground is unusually dry here so i kept filming and here is another section,
Song is `I Don`t Want To Be Friends With You` by The Shop Assistants...


Heading towards the coast we rode over Becky`s Strip Byway towards Whitekirk... 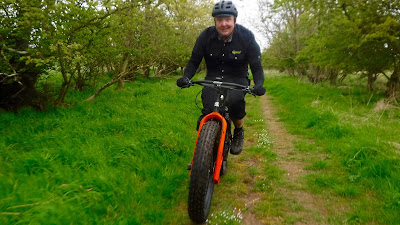 Down to Lochhouses and  Ravensheugh where we timed it perfect and spied the boys on the coast at Peffersands.., 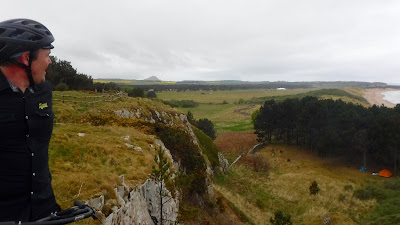 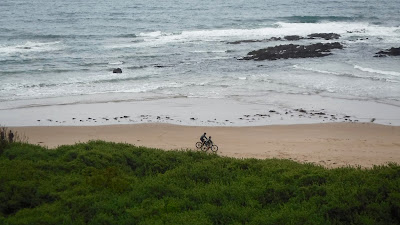 We met up and rode around Willowhead Point and on to the Secret Trail... 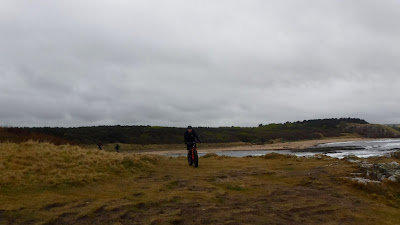 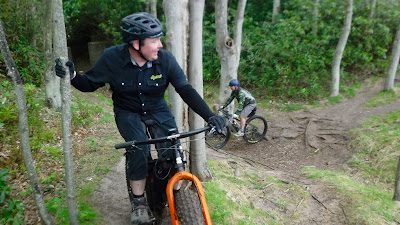 From the coast we rode back inland on the return leg of Sundays FF route on the John Muir Way,  rippled corrugation`s from recent trail improvements made for a tough ride but in a couple of weeks this will all be surfaced with wind dust and be sweet to ride... 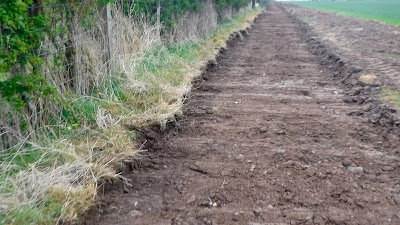 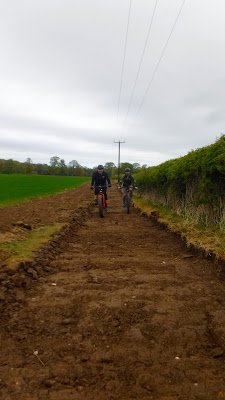 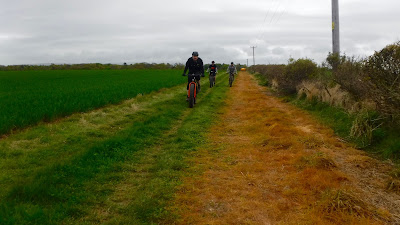 One last trail as we reached NB Law car park and a loop around the old Reservoir, this is known locally as `The whisky Bottle`  from it`s shape,  check out the space invaders :) 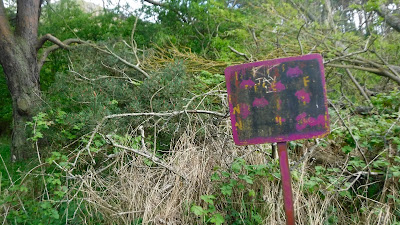 Here is a film riding round,
Song is by Seasick Steve...
East Coast Fatbikes; Woods ride 7th May 17, Pt 3 from coastkid71 on Vimeo.


Time for a pint at The Ship Inn before all heading home, a great days ride... 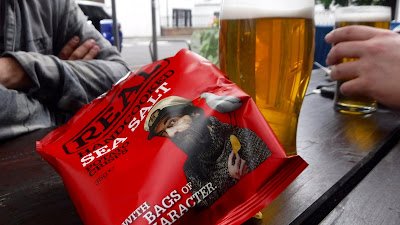