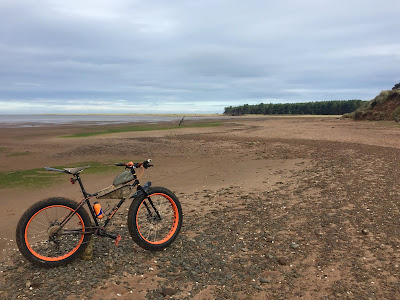 Another dry day and an hour `Fat Fix` at John Muir Park,
Always like riding here as so quiet to the rest of the coast so ideal if you want to film,
It was a mild breezy day as i rode a clockwise loop around Spike Island after riding the sandy trails through the pine wood then east across Hedderwick Bay and out to the pint at the River Tyne Estuary,
Today i filmed the various WW2 remains on the beaches here, rubble from demolished Machine gun pill boxes, and the last remains of the Matilda tank which has nearly disappeared as the sea rots it away...
Sand was drifting as i rode down to Belhaven bay then back to the car park across the salt marsh,
sand has mostly increased here along the high tide line though there has been more erosion at the usual places,

Leaving the van in the car park and it was into the woods, roll the pics... 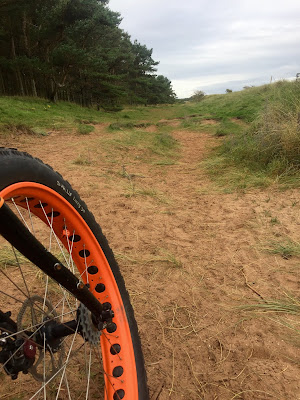 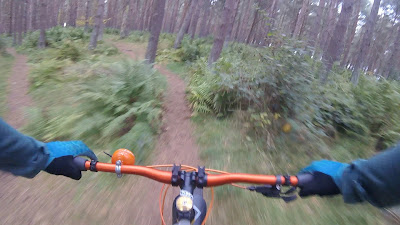 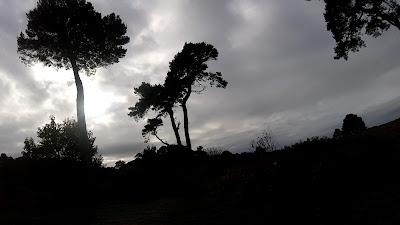 Remains of WW2 a building... 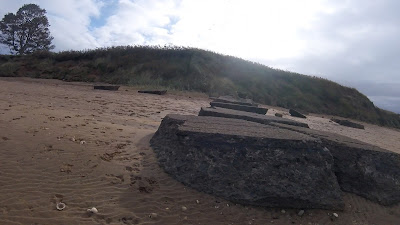 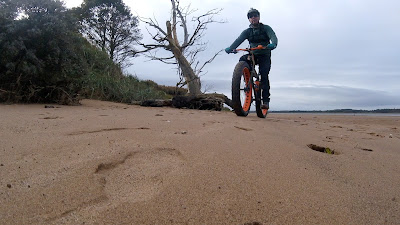 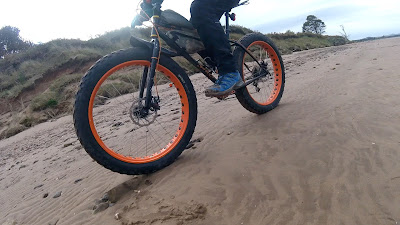 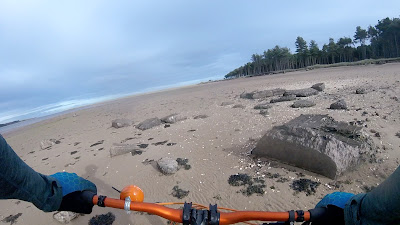 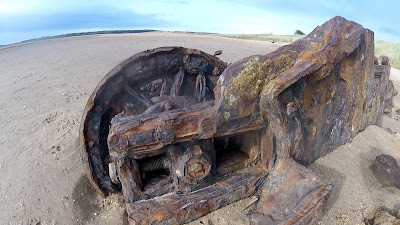 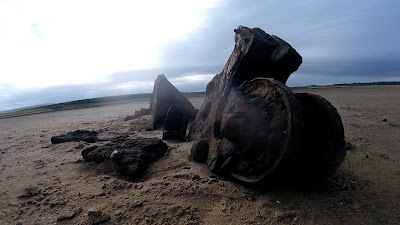 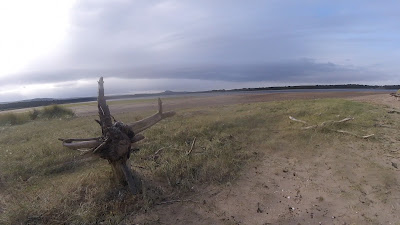 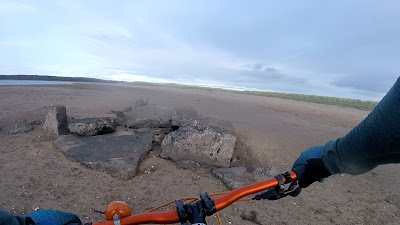 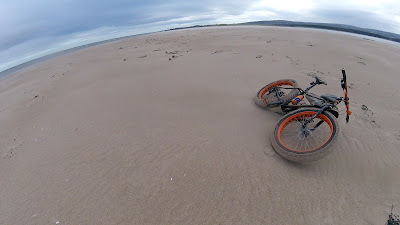 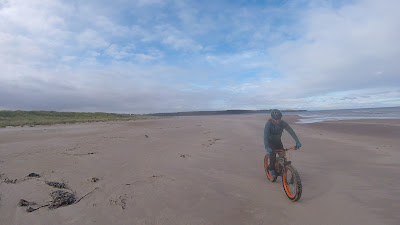 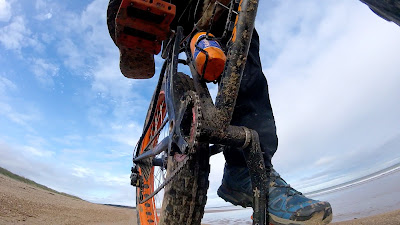 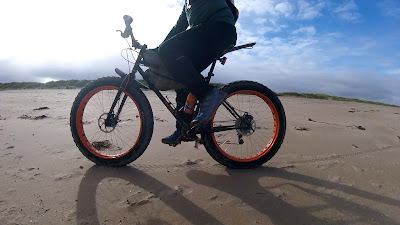 Will be back here on Saturday and will photo the remaining WW2 buildings in the woods, and try find the pill box on Spike Island

And some film from today,  Song is `The 5th Exotic` by Quantic