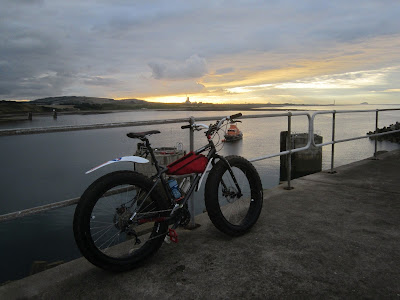 Been a full moon this week, so also real low tides.. 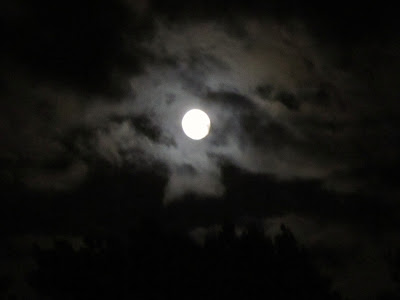 Been out on the Surly Moonlander most late afternoons/evenings this week after work.
Tuesday was a low tide ride at Tyninghame with a very low tide, it was heavy rain so i did not take the camera.
Wednesday i felt lazy and stuck the Moonie on the back of the car and drove east 13 miles down the coast to Torness Nuclear Power Station for a quick ride before sunset.
I took the camera and shot some pics of an amazing sky with the Cement Works and Barnes Ness Lighthouse silhouetted against the fiery sky... 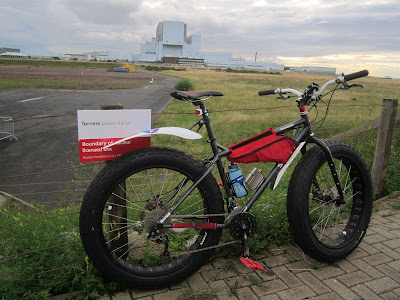 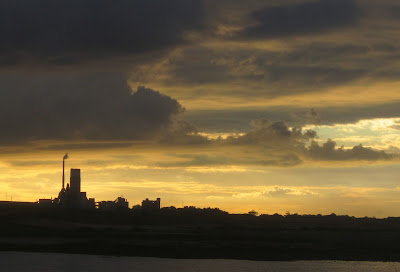 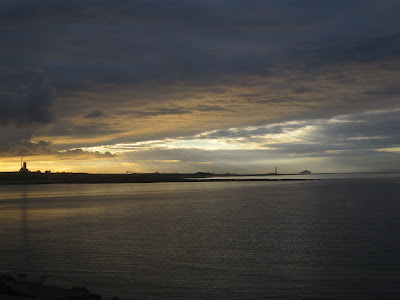 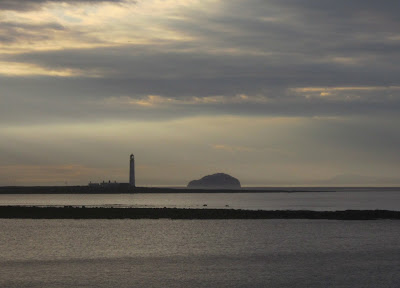 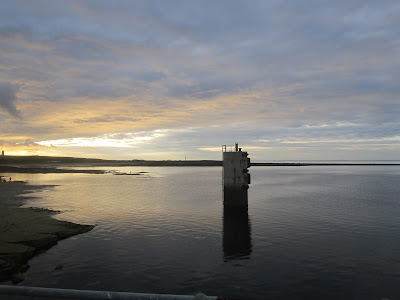 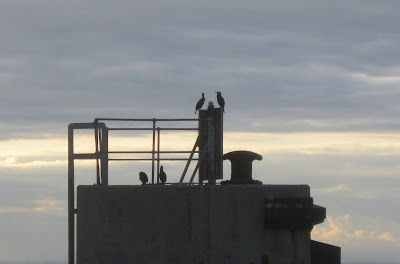 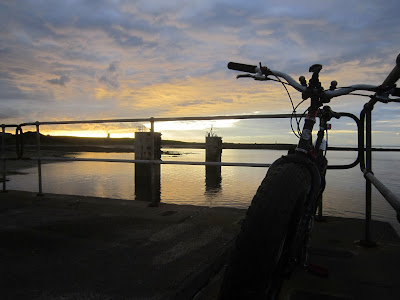 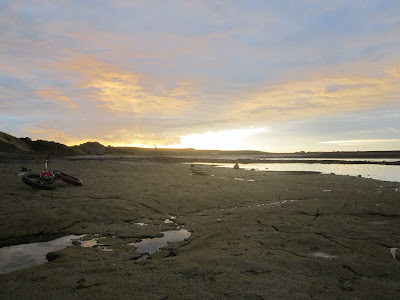 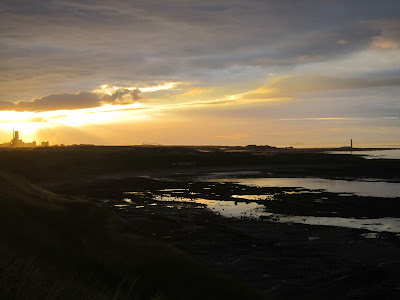 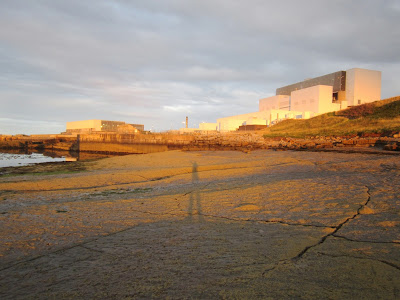 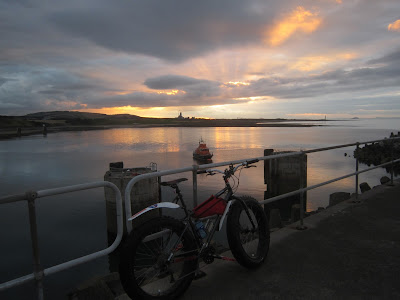 I always enjoy the slick rock exposed at low tide here at Torness. The Surly Moonlander is in it`s element on coastal rocks, in fact the only problem is it make riding the rocks look easy when you try to film!. The 5" wide tyres and 100mm rims ride quite different to a regular 4" tyre (50 - 80mm rim) fatbike. It is a bit squirmy and weird on tarmac and even regular trails, however in the right enviroment it is staggering the amount of grip it has and where it can be ridden... awesome bike -:)