Back on the coast... 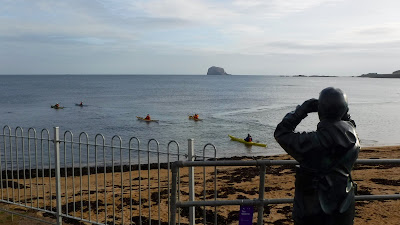 Sorry for lack of recent postings...Where have i been?, out riding!, more than ever, just not been posting...
A power cut rendered my faithfull 10 year old iMac pc not starting up again!, i tried a technique to restart it i had found via YouTube, but it did not work, down with no way to blog and a refusal to put my pc into a computer repair shop i decided to instead buy a cheap new lap top to get back in touch with the outside world and then search to find an answer to why this happens overtime i switch off the house power for `DIY  (Destroy It Yourself) or a power cut ... 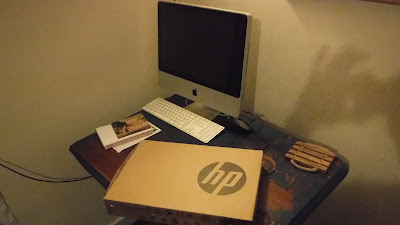 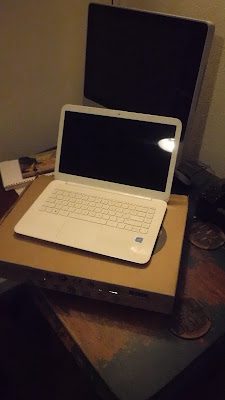 Then i revisited said film and reading the comments i read it is real essential you hold the button exactly 10 seconds and if it does not fire up then keep trying and they do fire up!
And it did!... thanks to this man!  :)


So then back to the coast, another Saturday and i met up with Craig, Brian and Mark for a ride via the John Muir Way to Aberlady, where we headed around the coast.
From the JMW we dropped down from Archerfield to Muirfield Golf Course and the perimeter fence line trail i named `Bake Bean` trail a while ago as the bright orange berries of the Sea Buckthorn bushes that while they taste horrible they hold loads of Vitamin C and the local Falko Cafe somehow make amazingly tasty ice cream!,
Here is the trail,
Song is`Everybody`s Friend` by Janes Addiction...


Along Aberlady Bay and onto the salt marsh... 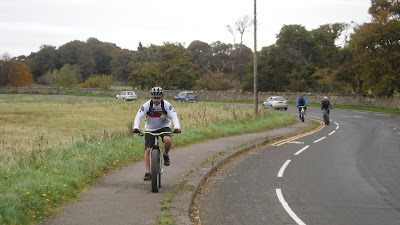 Did you know there is a lost coastal crossing here? 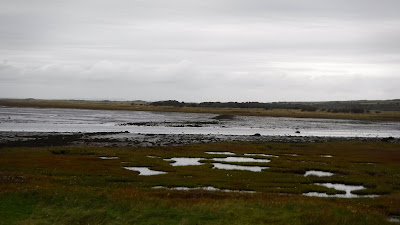 
Down onto he salt marsh passing a concrete remains of the WW2 coastal defences which i have never seen the likes of on any forums or WW2 geek sites and along the coast below Sea Green... 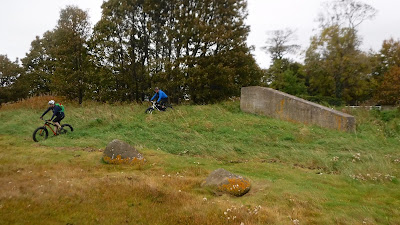 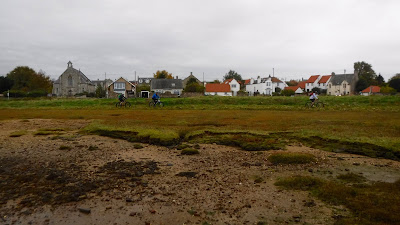 Hard to believe that here in 1930 this shoreline was a sandy beach haven!, 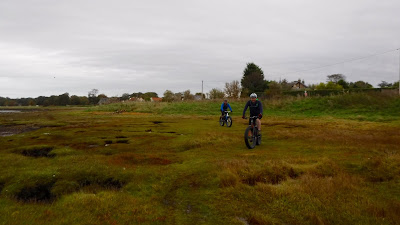 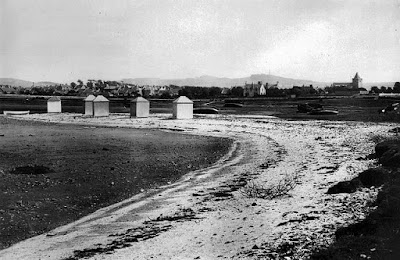 The bay has filled up with sit and sea levels not being able to remover the silt has seen the area grass over- hence a Salt marsh, you will also see this has happened at Tyninghame and John Muir Park, so not all the coast is prone to coastal erosion... 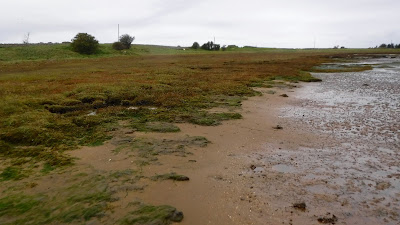 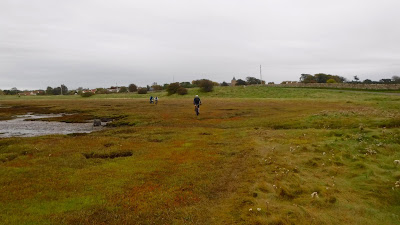 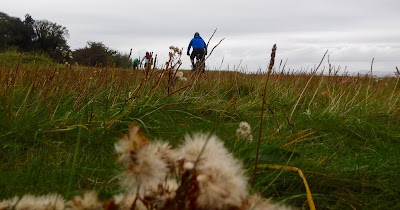 Onto the rocks at Kilspindie... 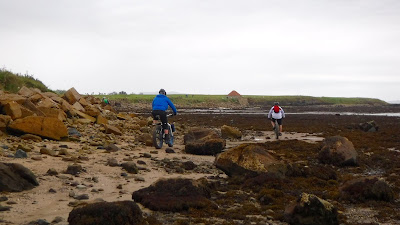 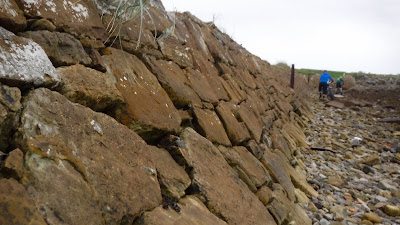 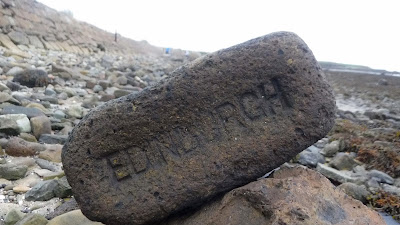 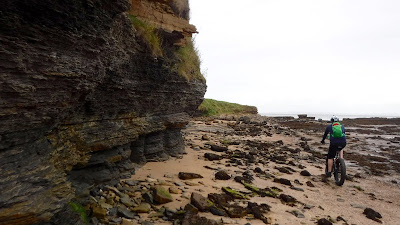 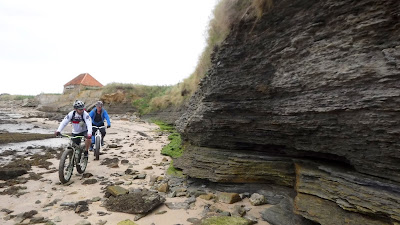 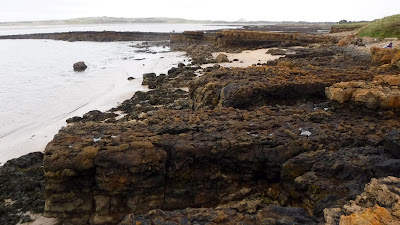 Across the Bay you can see the Midget sub wrecks... 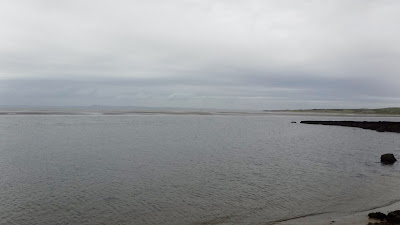 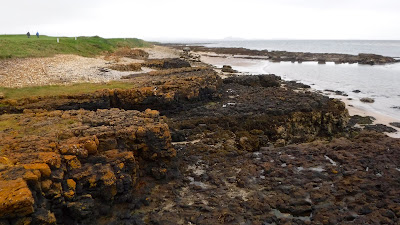 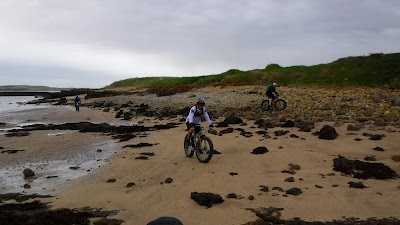 Around here my compact camera decided to play up and despite doing all the things like removing and reinstalling the battery it would not work right and kept displaying an unreadable screen...
Of course once back home i recharged it and next it day worked fine lol!

Anyhows i could still  keep filming with the Go Pro,
Film around Kilspindie,
Song is `Mississippi Two Tone` by Phontaine


We stopped off at Gosford Bothy Cafe for food, then rode out across the Reserve and then east
along the dunes, Again another film, this one a bit longer as uncut and a riders view of a trail,
Song is `Lonely Planet` by Dream Catcher...

Beachride; East to Gullane Point; Oct 17 from coastkid71 on Vimeo.


Onto the coastal trail and Mine workings at Jovey`s Neuk,
Song is `Round The Rigg` by Chris T...
Beachride; Gullane Point and Jovey`s Neuk Oct 17 from coastkid71 on Vimeo.


Last film onto Gullane Sands, artist unknown...
Beachride; Across the rocks at Gullane Sands... Oct 17 from coastkid71 on Vimeo.


Back into NB after sunset and a great day out with friends...