The moto on My Youtube channel.  When i started the blog and made some Pugsley films here on the coast i used a £72 Canon SD PowerShot A470, i went through 2 of these in 3 years... 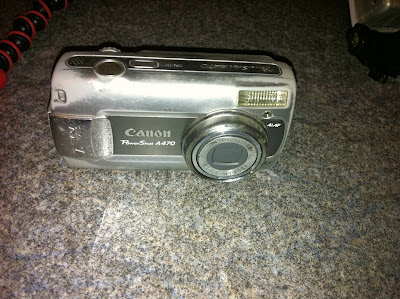 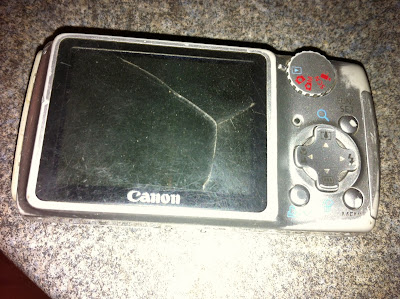 Along with these i used a Tachyon XC sports SD (standard definition) camera, attached to the helmet with 3M snap Velcro, the combo of both cameras was ideal, both quick to upload-edit, and then publish on line.
I still have the Tachyon SD camera, though not used it for ages... 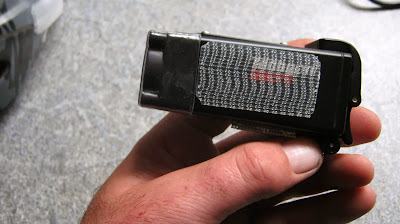 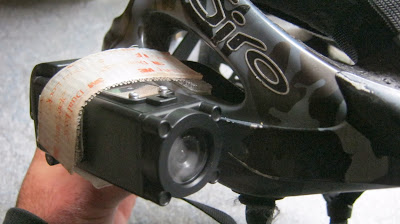 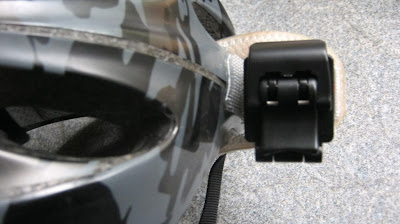 HD;
Then everything went High Definition pretty much and so  i went away from the budget camera idea and shelled out £300 for a Go Pro Hero 2 sports camera with the extras like chest cam mount,  larger Gorilla Pod, and home made mounts like a mono pod, a front wheel view/fork mount and a universal bolt on mount to try and bring to life bike films from on board and some new angles to keep things interesting.... 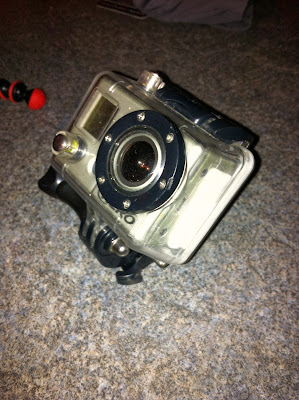 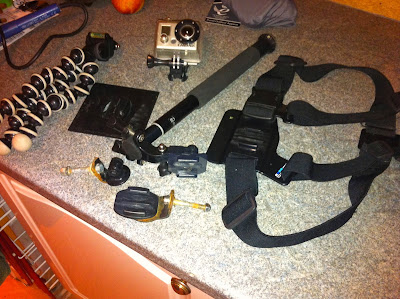 While that has been good fun, i still like to mix the Go Pro footage with film or pictures from my new HD Canon PowerShot A3200 IS compact camera.
Eletronic prices come down once things have been out for a while, and for around £70 you can get this HD camera for the price of my old SD Canon.
I still like to use only the compact camera with  its gorilla pod and film point to point films.The compact does not have an anti statter sports mode, also the lens would get hit with sand if chest mounted so it is just uses hand held and on the gorilla pod.
The compacts are  good for capturing views further away than the fish eye Go Pro lens and the compact can also film from behind a light in the dark... 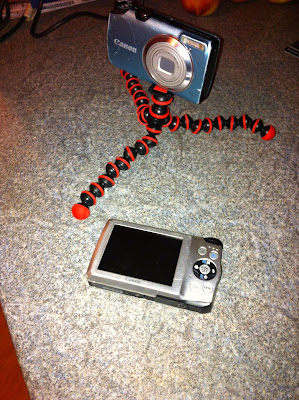 And that is the downside to the Go Pro, it cannot film while riding the bike in the dark. A pity as night riding is so much fun.
High Definition also needs a movie editing software on Windows Vista that my old PC is to read and then edit the HD files of both cameras. Why most people regularly editing films use Apple. It is all money though to upgrade.

So we need a Go Pro or similar camera that will film in the dark please!.  Or even better would be a waterproof compact that is shock resistant and also has the same no shake `sports` mode of the Go Pro, then i could take pics, and film what ever weather and in any light, all with one camera. make it so will fist the Go pro chest strap-keep the price under £300 and were there!,

Until that is available at least  i can do point to point shots with the compact camera.
It is not brilliant but if in trees you kinda get the idea of being in your own wee world with just what is in your lights visible. regular trails take on a whole new view in the dark, it adds another dimension to your riding variety...

I shot some film on Monday and Tuesday after work once dark after sunset at 3.35pm with the compact
Song is `Wait for the Blackout` by The Damned
click on the cog icon to view in HD