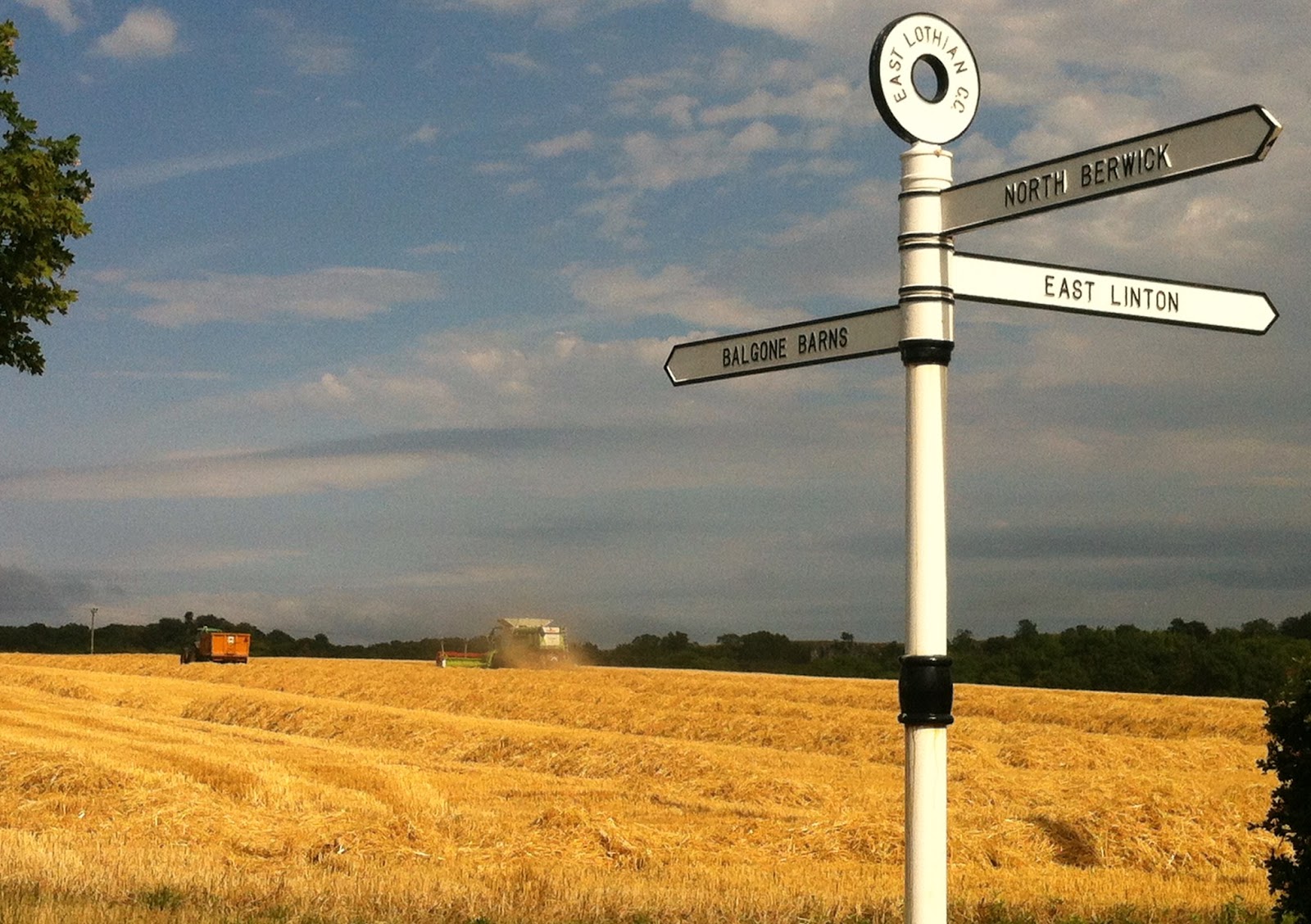 First combine out on the east coast of East Lothian!, right here on my doorstep, i had a pannier full of frozen food from Tesco! so could not hang about, rain came on shortly after this pic but be more of this soon though.
My favourite time of year is during the harvest, the colours across our county if on a sunny evening are amazing.

History Lesson;
In 1786 the Threshing machine was invented and patented here in East Lothian, SE Scotland by a millwright called Andrew Meikle of Houston Mill, East Linton on the river Tyne.
This invention started the agricultural revolution changing a harvesting labour intensive process called flailing that had been in use since the middle ages.
Then in 1834 American Hirman Moore produced and patented a combine harvester- combining the three processes of harvesting corn; Reaping, Threshing, and Winnowing,
The first combines were horse drawn, then later rhey were steam powered, and then as they are today self propelled with a combustion engine.
These Combines were being made in Scotland and operating in East Lothian by 1939... 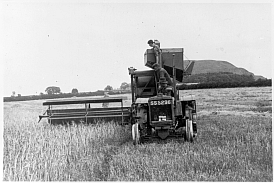 Today all around the world the combine harvester still use a threshing device that operates on the basic design as invented right here in East Lothian by Andrew Meikle.
East Lothian`s rich agricultural lands are also known as `The Garden of Scotland`...

Film i made last Harvest 2013, just uploaded it to Vimeo to remove all the pop up advert crap of youtube!
Song is `States of Mind` by Utah Saints