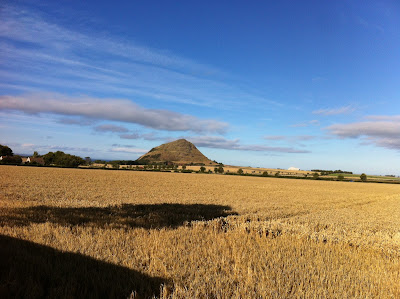 Not been much coastal blogs of late, been inland enjoying this special time of year in East Lothian.
What an amazing last week it has been around the golden countryside of East Lothian as dry weather has seen the main harvest underway. The County has been buzzing with the noise of combines working their way through the fields, grain trailers on the country roads.

Thursdays sunset was for me probably the best evening out on the bike this summer, the light was amazing. As well as taking pictures as previously posted i shot some film and more over the weekend.

The farmers seem to have preformed a bit of a Blitzkrieg (lightning war) this year on the harvest!,
As soon as the combines are done the balers are in and once lifted the fields are ploughed or disc harrowed. So not so much the usual miles of stubble fields i usually cycle `as the crow fly`s`
I still did a lot of stubble field riding at the weekend and filmed - more of that later this week,
Today dawned a bit overcast inland but would later burn away, ..the combines were back at it by mid day and still going this evening as i cycled home from visiting dad after work in North Berwick... 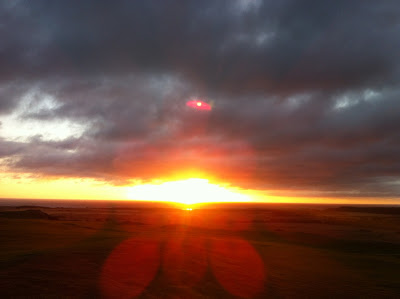 Did some rough stuff on the old Peugeot... 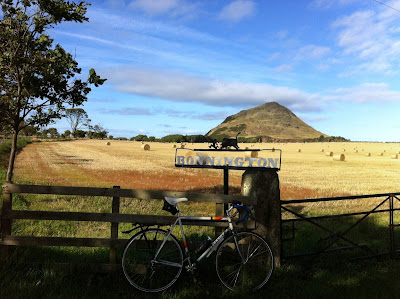 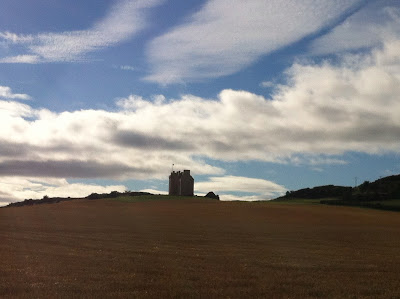 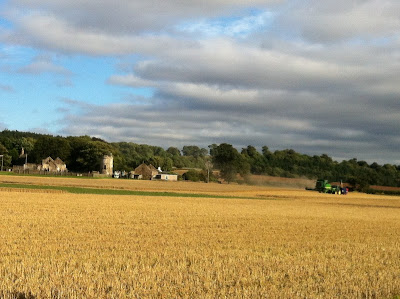 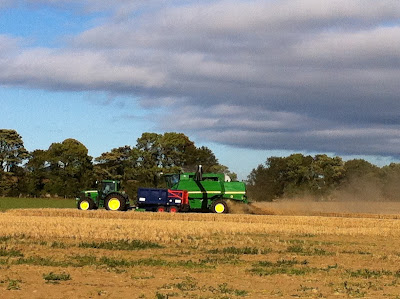 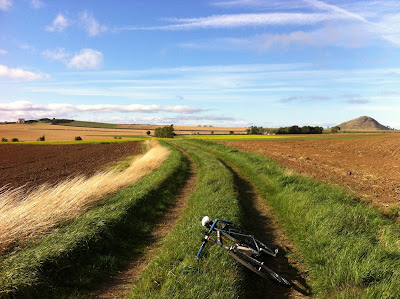 So also some stubble field fat biking films to come,
Watching the harvest brings to life our countryside views at this time of year. I love it,

Here is some film and a bit of history started right here in our little county of East Lothian, birth place of the Saltire flag, and also a very famous son of East Lothian who helped give the county it`s other name;
`The Garden of Scotland`,